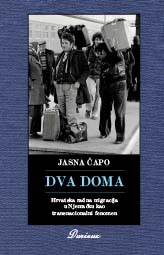 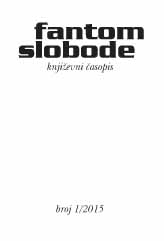 The rationale behinf the birth of Phantom of Freedom was to promote good literature, the literature that by its spirit and imagination goes against "borders", and boreders are, particularly here and today, rather too many. In an endless contrasting of national, geographic, ideological and linguistic differences, similarities are totally forgotten. The editorial board of the periodical is international, consisting of Ammiel Alcalay, Miljenko Jergovic, Igor Lasic, Semezdin Mehmedinovic, Jurica Pavicic, Nenad Popovic, Dusanka Profeta, Andrea Radak, Dalibor Simpraga and Slaven Tolj. In the first issue the works of thirteen Croatian conceptual artists has been published as well. 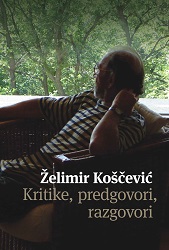 The activity of Želimir Koščević started at the beginning of ’60s, while he was still studying the History of Art at the Faculty of Humanities and Social Sciences in Zagreb. At the time, the Yugoslav society was, in the sphere of visual arts, firmly oriented towards progressive creative concepts. Croatia and Zagreb were the home of one of the liveliest art scenes in Europe. Koščević personally contributed to the scene as a curator of the Student Centre Gallery in the most important period of its activity, from 1966 to 1979.
There he promoted artistic practices and artists who would essentially mark the national and global art during the next period and inaugurated the curator practice that would become a norm in the sphere of contemporary art presentation. Although Koščević had a high level of theoretical knowledge, the incessant, active curator work and experience of managing the gallery, as well as the direct interaction with artists and audience, provided practical insights for his critical estimations of exhibitions and art phenomena. 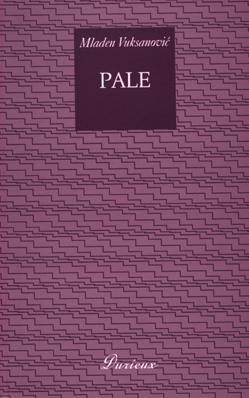 Set at the outbreak of the war in Bosnia, this diary records the extraordinary unfolding of events. The author lived in the ski resort of Pale, 15km above Sarajevo. In April 1992, when Radovan Karadžić launches his savage assault on the city. Vuksanović - refusing to collaborate - becomes a prisoner in his own home, cut off from his children and friends below. He expressed his terror and disgust within these pages. During that time, he describes in chilling detail not only the horrifying war - with the looting, ethnic cleansing and betrayal that became commonplace - but also the mental strain of war on the individual. He and his wife finally managed to escape in a UN refugee bus via Hungary to Croatia, smuggling with them these notes from enemy territory.
About the Author: Mladen Vuksanović was born in Pale in 1942, to a Bosnian Croat mother and a Bosnian Serb father. An award-winning screenwriter and editor for Sarajevo TV before the war, Vuksanović published this book in Zagreb in 1996. He died nin 1999; his novel, Taksi za Jahoriu (Taxi to Jahorina), was published posthumously in 2000.

Branko Polić was born on April 24, 1924 in Zagreb. As a Jew, he was forced to spend about ten months of childhood and early youth on various coastal resorts. In 1945, he successfully mastered the classical grammar school and then studied at Sorbonne where he gained a French-language fellowship diploma. Upon returning, in 1948, he continued his studies in English and graduated from the Faculty of Philosophy in Zagreb, "in a record time", in 1950. He was soon admitted to the Radio Radio of Zagreb and thanks to musical affinities became a critic in the music program, then the editor of the music-speaking editorial (1956-1964). After the establishment of the Third Program, he became editor and commentator until his retirement (1985), and thereafter a regular associate.
Branko Polić met and talked with over five hundred reproductive artists, and collected fascinating documentary and music material on many of the travels he took as a music editor. While several thousand of his shows have "gone into ether," dozens of articles, discussions, presentations, essays, criticisms and translations have been scattered across domestic and foreign journals, newspapers, lexicons and collections.