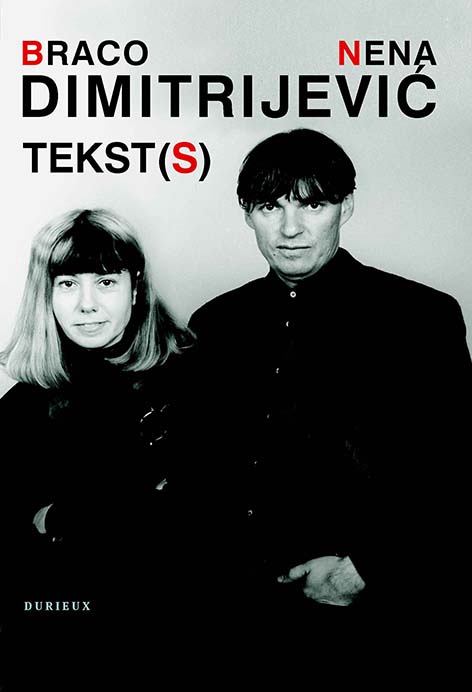 Author(s): Nena Dimitrijević, Braco Dimitrijević, Branko Franceschi
Subject(s): Fine Arts / Performing Arts, Visual Arts, Aesthetics
Published by: Durieux
Keywords: art; conceptual art; Zagreb conceptual art; art critique; art theory; art philosophy; modern art; contemporary art; abstract art;
Summary/Abstract: The Selected Texts include critiques, essays, and interviews that the art historian Nena Dimitrijević and the artist Braco Dimitrijević have published both in Croatia and foreign countries during their prolific period that has lasted more than forty years. The significance of this book surpasses the effort needed to collect, and translate this bulk of material. Having in mind that the authors’ carriers, whose success is almost a precendent in the Balkans, have been built upon the international art scene, the Croatian readers have not been familiar with most of their textst published in foreign countries. This book will be very useful for those who shape the reality and future of the domestic art context today. It offers testimonies by the creators and participants of the most significant art phenomena from the second half of the 20th century. It also presents a critical and creative model, and criteria for actively influencing the found structure of a cultural system, which the authors of the book have applied in their performance. In the end, the book offers retrospectively a method for the objective viewing and verification of the highly esteemed conceptual art period, especially the art of the Zagreb circle, with both of them being its valued protagonists. Nena and Braco Dimitrijević are an unusually well-balanced creative couple. Nena Dimitrijević’s curating and critical work is renowned because she has consistently promoted, in print, digital media and exhibitions, the radical strategies of the artists of her generation. She has conceptually and linguistically modernised the media of visual arts critique, and the exhibition practice. Braco Dimitrijević has established himself as one of the leading innovators on the contemporary global art scene with his famous artistic actions and projects that reflect his radical attitudes on the fundamental questions about the art creation and its position in society, that is, the relation of an individual and the political power, or an artist and cultural system. Braco Dimitrijević created his status also by his essential separation from the dominating theoretical, historical, cultural and civilisational models. Nena and Braco’s works overlap in their stance that the sense of the artwork is its cognitive and ethical dimensions, which, articulated into an aesthetic form, operate beneficially and constructively inside the artistic, and wider social discourses. Artists, critics, curators, institutions, and collectors have their distinctive roles in their respective missions. Although the Dimitrijevićs are often percieved as a pair of creative people who are directed toward each other, their separate careers, that of a successful artist, and a successful critic, show the development of the same theoretical standpoint in different areas of work.