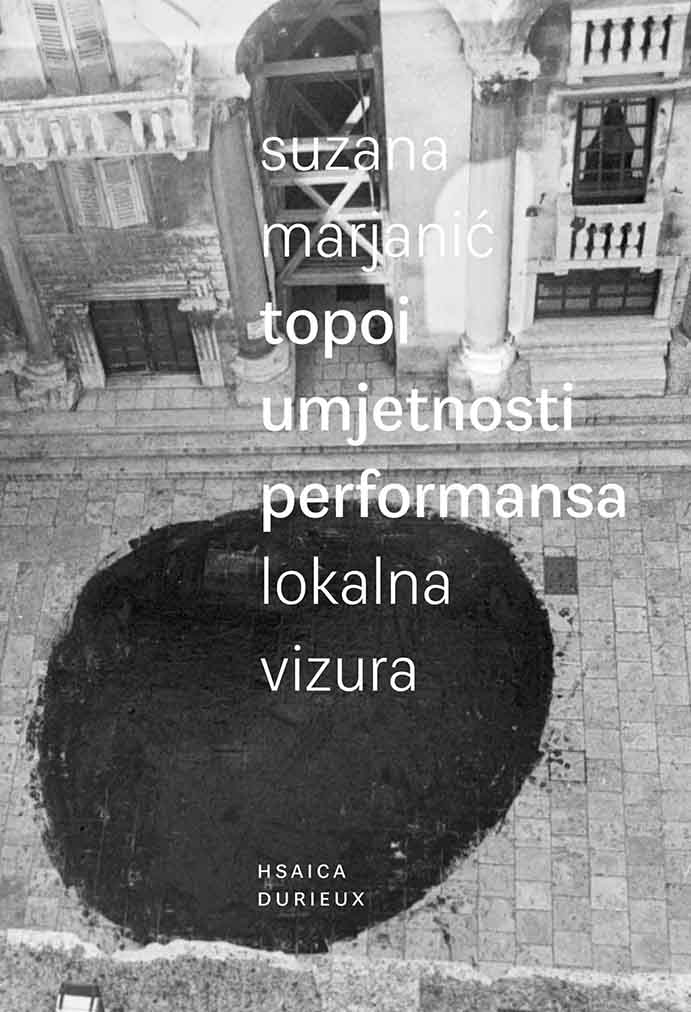 Author(s): Suzana Marjanić
Subject(s): Politics / Political Sciences, Politics, Philosophy, Theatre, Dance, Performing Arts, Fine Arts / Performing Arts, Visual Arts, Political Philosophy, Culture and social structure , Politics and Identity
Published by: Durieux
Keywords: performance art; Croatia; personal mythologies; criticism of political ethno/myths; artivism;
Summary/Abstract: The book The Topoi of Performance Art: A Local Perspective (Durieux, HS AICA, 2017) by Suzana Marjanić is a follow-up on the research of performance art from a local perspective, which I sought to integrate in the book The Chronotope of Croatian Performance Art: From Traveleri until Today (Bijeli val Association, Institute of Ethnology and Folklore Research, Školska knjiga, 2014), structured as the first review of the history of performance art in Croatia focusing on the performative energies of individual centres (e.g. Zagreb, Varaždin, Osijek, Dubrovnik, Split, Rijeka, Labin, Pula). By changing the chronotopic perspective to that of motif and subject, in the book The Topoi of Performance Art: A Local Perspective I seek to explore performance art within the framework of its dominant topoi ranging from personal (personal mythologies) to political (criticism of political ethno/myths). While relying on the very political dimension, as the motto of the book I have chosen the statement of Igor Grubić on the occasion of his anonymous individual action Black Peristyle (held in the night between January 10 and 11, 1998), which was the first action and provocation supported by Croatia’s civic initiative of the 1990s and an action of exceptional civic courage. (author) “The edition you are holding in your hands is a different book in terms of content and organisation – many of the texts it contains were written and published following the finalisation of the Chronotope, and focus on specific subjects present in performance art or regard the performance works in relation to other genres and contexts outside or on the margins of that which we conventionally label with the term visual art. The author sovereignly tackles the analysis of the intertwining of performance art and experimental and pop music, performing arts, feminist and environmental activism, struggle for animal and human rights, as well as phenomena such as terrorism, refugee crisis, and other key political and social issues of our time.” (Marko Golub, editor)