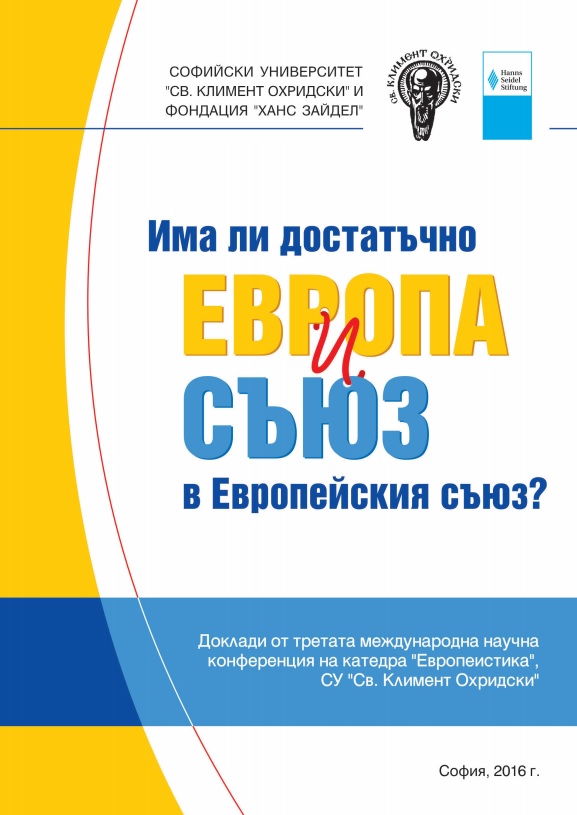 Reports from the third International Conference of the European Studies Department, Faculty of Philosophy at Sofia University “St. Kliment Ohridski”, May 2016

Equity and Inequities on the Labour Market in the European Union

Европа накъде?
(Europe – where to?)

Work-Family Conflict in Light of the EU 2020

The Greek Crisis, the Media and the Transformation of the European Public Sphere

European Citizenship as a Standard of European Integration? Theoretical and Empirical Elements

Do You Speak European? (Revisiting the Realm of Intercultural Communicative Competence from the Perspective оf EU Studies Education at University Level)

Enlargement of the European Union and the Western Balkans