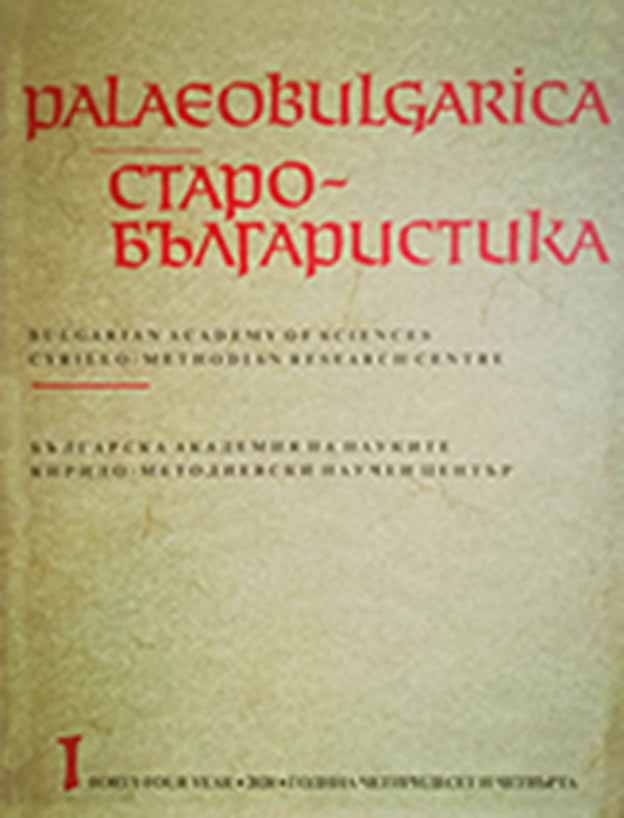 Summary/Abstract: The Vienna Cod. Slav. 37, known also as Codex Hankenstein, is a unique manuscript. It consists of two texts: the main text written in the centre of the folia, and the surrounding text written above, below and on the both sides of the main text. The study shows that the surrounding text complements the main one. The contents of the manuscript consist of resurrection services in eight modes, the weekly services from Sunday Vespers to Saturday Orthros in the first six modes, synaxarion, resurrection kontakia in eight modes and the cycle of six common services for Prophets, Apostles, Patters, Reverends, Martyrs, and Women Martyrs. According to an acrostic, the kanon for Patters is a work of St. Clement of Ochrid. There is a kathisma inserted after the sixth ode of the kanons in the first four common services. This is considered as an archaic feature. It is suggested that the composition goes back to the ninth century, the time of the holy brothers Cyril and Methodius and their pupils. It is also connected to the reduction of the kontakion: in all probability this happened very soon after the death of St. Theodore the Studite who was the last writer of large kontakia. After him, the reduced kontakion was inserted after the third ode of the kanon. The Hymn for St. Clement of Rome ascribed to Cyril the Philosopher is evidence for this. The archaic character of the repertory included is also proved by the lack of the anatolika and alphabetika stichera. The latter appeared in manuscripts after the establishment of the Evergetis redaction of the Studite Typikon. The conclusion is that the manuscript was compiled by the middle of the eleventh century. The actualization of the repertory that is revealed in the surrounding text was done at that time as well. This actualization follows a liturgical order unlike the genre order followed in the main text.