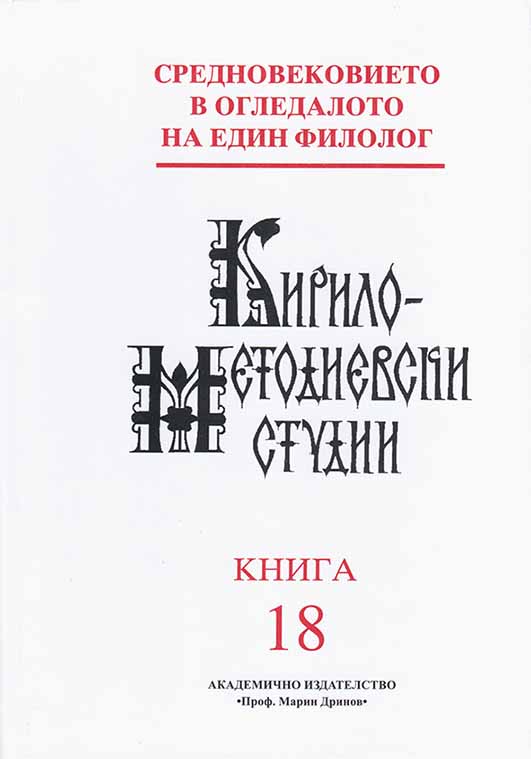 Summary/Abstract: Bulgaria adopted Christianity in its Byzantine liturgical and cultural model in the 9th century. This model was considered as the "world standard". In the field of music that meant the acceptance of music theory and practice, and especially, the vocal monophonic kind of music, the eight mode system of the Oktoechos, chant books, notations, intonational fund of formulas, the centonate compositional technique, and music terminology. The question of how this "world standard" has been adopted in every single country became of great importance. There is no question that there was an aim the Byzantine model to be taken over as faithfully as it could be, first of all because it contained sacred meaning worked out by the Holy Fathers and this meaning had to be preserved. The comparison between Slavic and corresponding Greek chants reveals that the two basic principles of musical translation, isosyllabism (counting the syllables) and homothony (the position of stress) were applied extremely successfully. In terms of the notation, however, and respectively, of music the Slavic sources reveal peculiarities. Some of them display archaic vestiges: the notation is of an archaic type based on a rather limited number of signs; others restrict the use of some signs in ways unfamiliar to Byzantium. There is a selection toward the existing Byzantine melodic patterns: a preference was given to simpler ones; the more melismatic melodies were simplified. The study of several old-Bulgarian sources with notational signs proofs these observations. The sources discussed in the article are a ceramic plate from the end of the 9th or the beginning of the 10th century on which were notated the beginnings of some bilingual (Greek and old-Bulgarian) weekdays Vespers prokeimena from Sunday through Friday evening, the oldest dated Slavic manuscript, the Ostromir Gospel from 1056/1057, a copy of East-Bulgarian prototype, the Kievan Gospel sheets from the mid-11th century, and a fragment of a Bulgarian Triodion from the end of the same century.