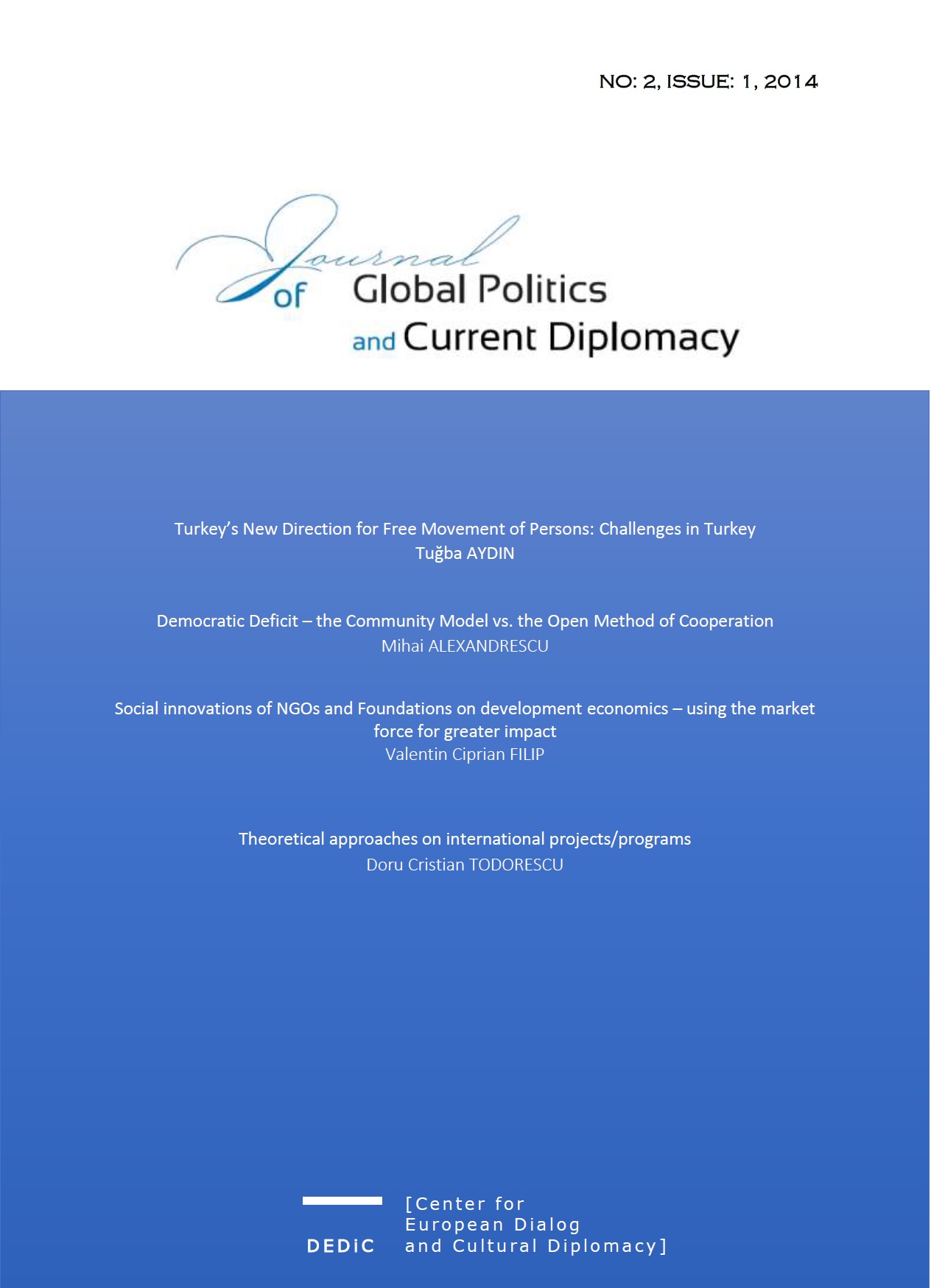 Summary/Abstract: Democracy is a concept whose definition has evolved somewhat constantly with the concept of sovereignty. The democratic deficit concept was invented by David Marquand in 1979 in a context in which the European Parliament was formed after a direct and universal suffrage. The European Union and the European Community were created by a permanent transfer of competences from the national to the community level. Politically, this is a sensitive issue because it is closely linked to the sovereignty of Member States. In March 2000 the European Council set out a series of principles that are considered necessary for the effectiveness of the community law. Open Method of Coordination was created to enhance the efficiency of European decision-making process. When this method was created it was intended to reduce the democratic deficit by including as many players in European governance as possible. The transfer of authority and sovereignty does not involve necessarily the transfer of classical democracy mechanisms.