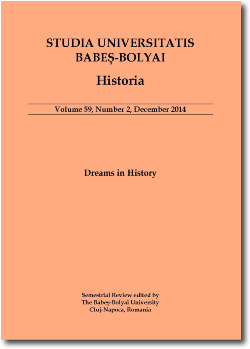 Summary/Abstract: David Mitrany during the First World War. Some Ambiguities in his Biography. In this paper, I will attempt to provide another overview of the David Mitrany activity in his first years in England (1908-1918), to emphasise the important role played by his Romanian origin on his work during the First World War, but also to fill in some gaps remained in his official biography for that period. In this respect, I opposed some information collected from David Mitrany personal collection to several details from the literature presenting him with a ‘diplomatic and intelligence work’ in the wartime. These new data provide us another meaning for many of his works in the interwar period.