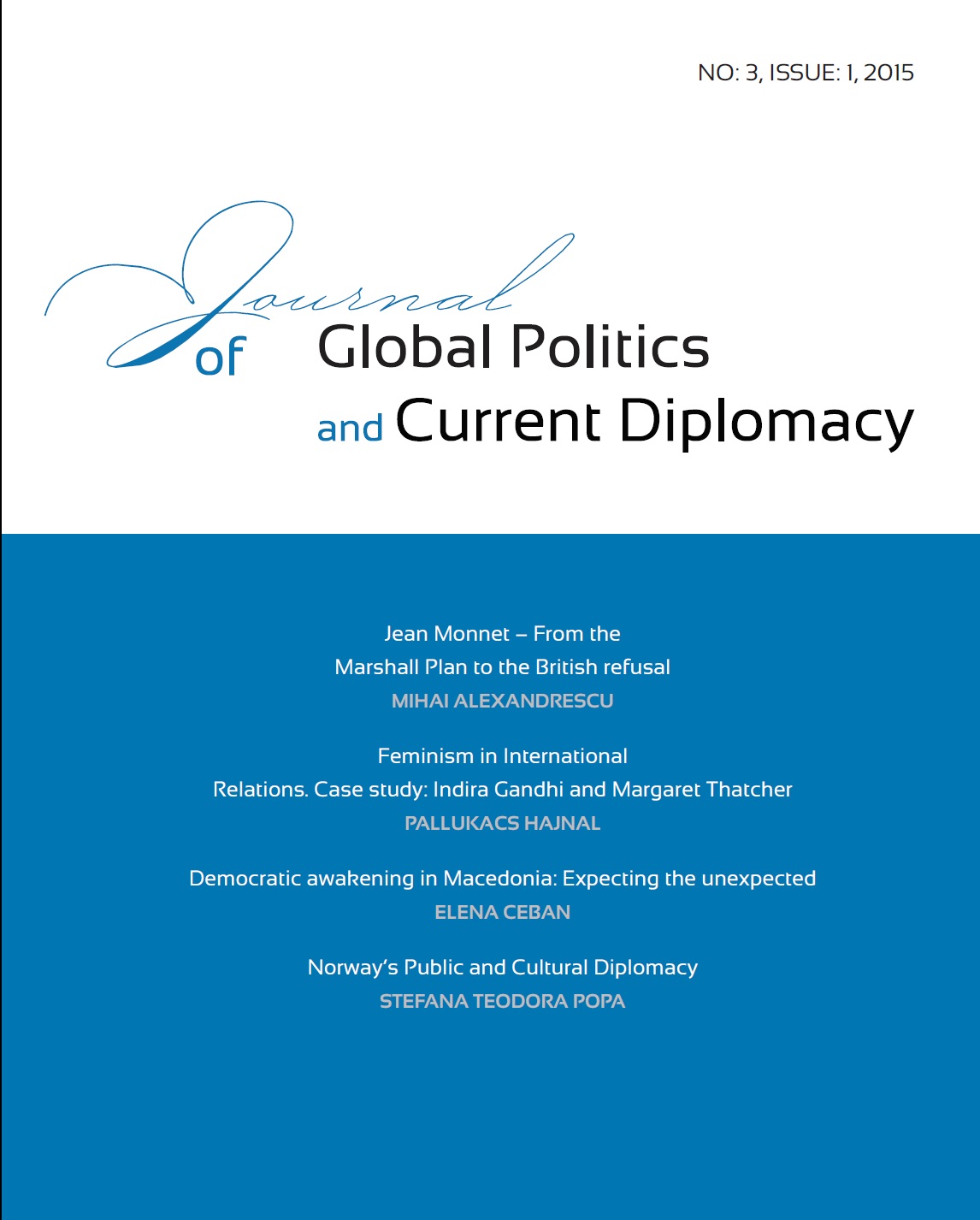 Summary/Abstract: During the last interwar years and the first three years of the Second World War, relations between states considerably deteriorated. In 1943, David Mitrany published at Chatham House, his well-known work “A Working Peace System”, in which he expressed his own arguments against the territorial order of future world peace. A new process was needed with three stages: appeasement, reconstruction and reorganization. Furthermore, Monnet found the construction of a supranational entity necessary, which would integrate the common interests of the states, in order to satisfy the needs of the citizens. Monnet’s idea transformed into what we now call the Schuman Declaration. The existence of a ‘high authority’, which would absorb the sovereignty of participant states, determined a blockage in negotiations with Great Britain.