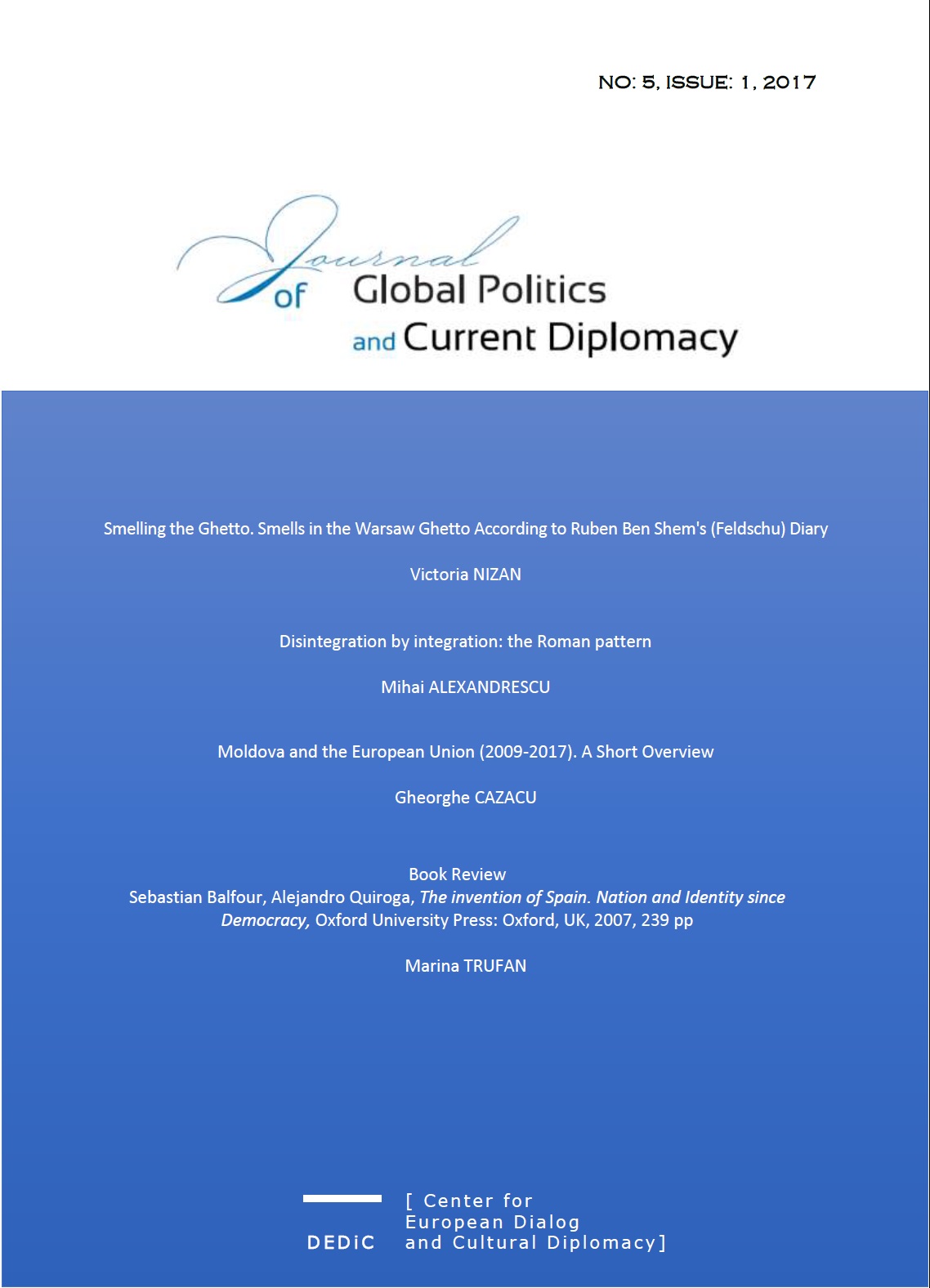 Summary/Abstract: In a period when the European integration process seems to be threaten by external factors, my thoughts go back in the Ancient age when the integrity of the Roman Empire seemed to be dissolve also by external forces. Then there were two main enemies: Barbarians invasion and attacks of others actors. Institutional and social establishments were threatened along with commercial networks.