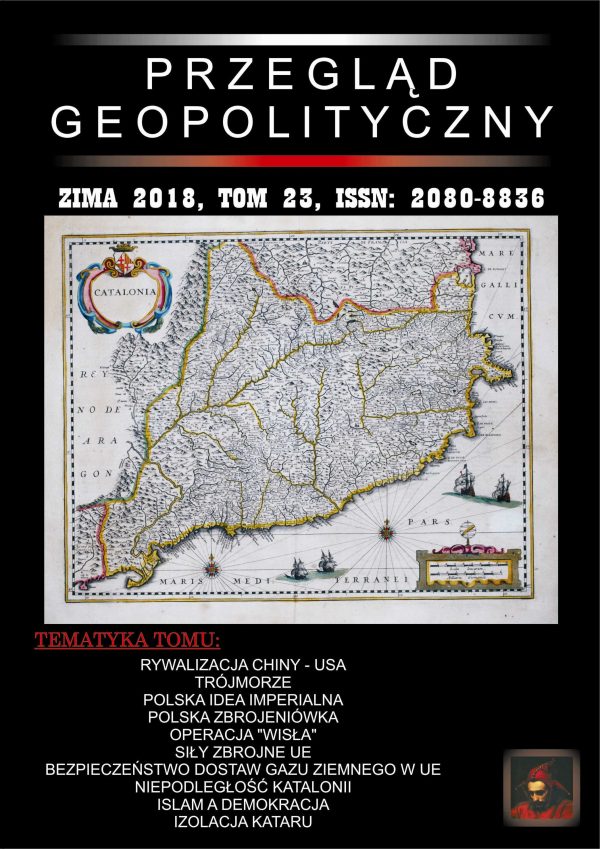 Summary/Abstract: The article concerns the Three Seas Initiative, proposed by Poland and Croatia in August2016 at the i Summit in Dubrovnik. The author focused on the results of the SecondSummit of the Initiative, which took place on July 6-7, 2017 in Warsaw. The origin ofThree Seas Initiative and its main goals are explained. In the Author's conviction, theyoscillate around socio-economic issues, especially the development of the transportnetwork, which may positively affect the development of economic and trade links andsecurity - in this context it mainly focused on the diversification of energy resources,especially natural gas and oil supplies. The mentioned diversification is a condition ofeconomic security, and in the long run also of economic and political sovereignty of IPTcountries. This is particularly important in the circumstances of the aggressive policy ofthe Russian Federation towards Ukraine and the terrorist threat in Western Europeancountries, whose sources should be sought in the armed conflicts in the Middle East andthe migration crisis that they caused. In this context, it should be noted that the IPTcountries must cooperate in the field of security and counter-terrorism.