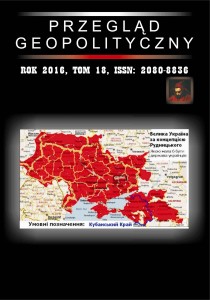 Summary/Abstract: The history of pro-Russian political orientation in Poland dates back to the seventeenth and eighteenth centuries, however, the Polish supporters of Russia were particularly active during the partition period and during the Second World War, which in 1944- 1945 helped the Soviet Union to take control over the Poland. The aim of this article is an attempt to compare the two centers of the pro-Russian / pro-Soviet orientation: Polish Communist Workers Party, which since 1925 was named the Polish Communist Party and the Party of "Change", which in its political program calls for the backtracking of Poland from NATO and from the European Union and to strengthen the geopolitical and economic relations with the Russian Federation. The author describes the political goals of both parties, forms and methods of actions carried out by the Polish Communist Party / CPP and the Party "Change" and their consequences. Both in the Second Commonwealth and currently work for the benefit of Soviet Russia / USSR / Russian Federation has been treated by the political elite, special forces and the majority of the population, as anti-national activity.