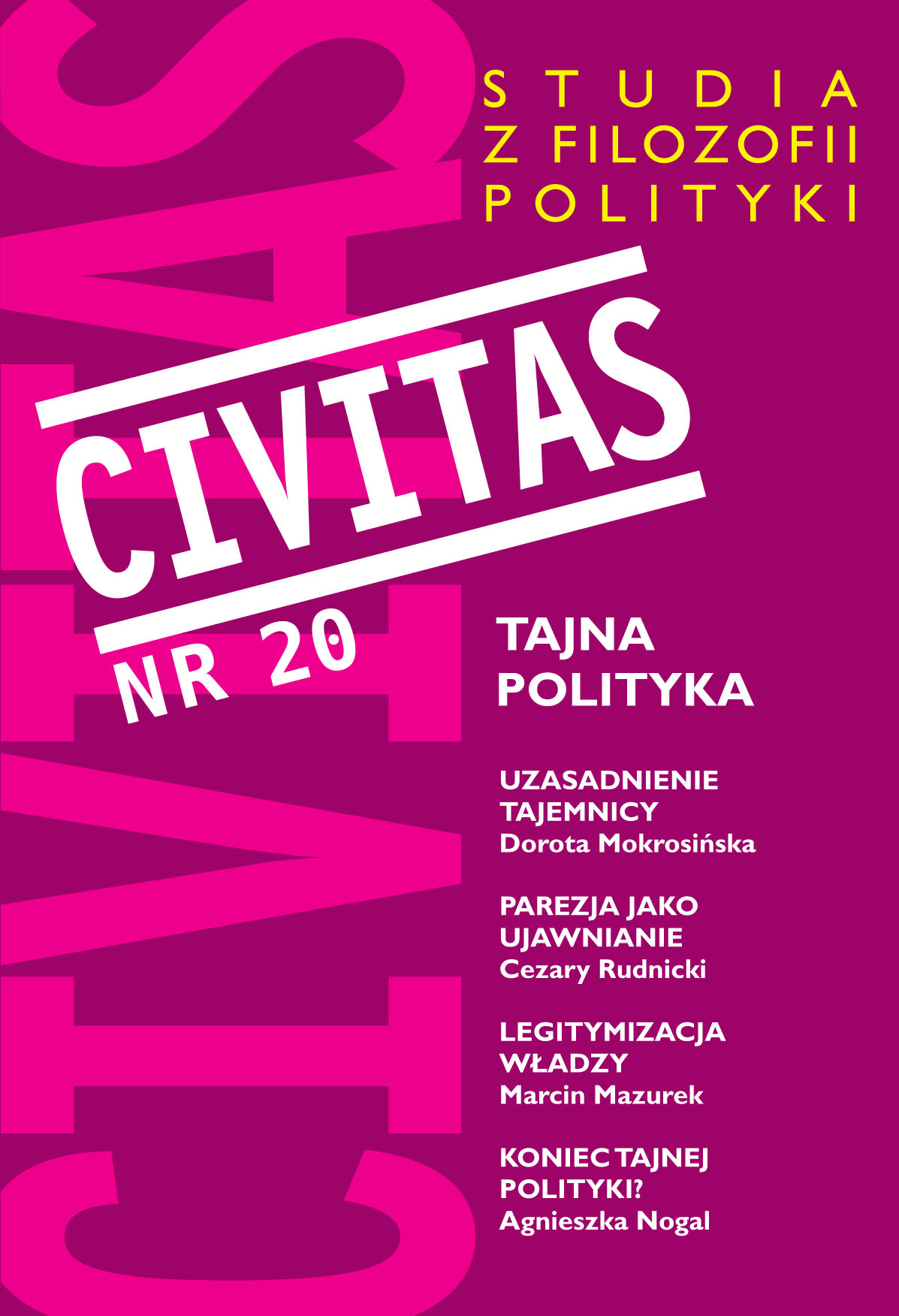 Summary/Abstract: In line with the concept of politics developed by ancient Greeks, the political sphere is identified with transparency and overtness. However, it has always been hiding secret actions, conspiracies and collusions. The emergence of the modern model of the state, along with the rationalisation of its structures, enabled the secret equivalents of authority to transform into organisations, i.e. institutions alternative to official organisations, established by law and having specific powers. Rather than talking about actual organisations, I discuss the process whereby these secret, underground structures turn into organisations that influence the sphere of overt politics. I try to show that this is a specific kind of game between what is explicit and public and what is concealed and secret. This game is constantly present in political activities, although we seldom realise it.