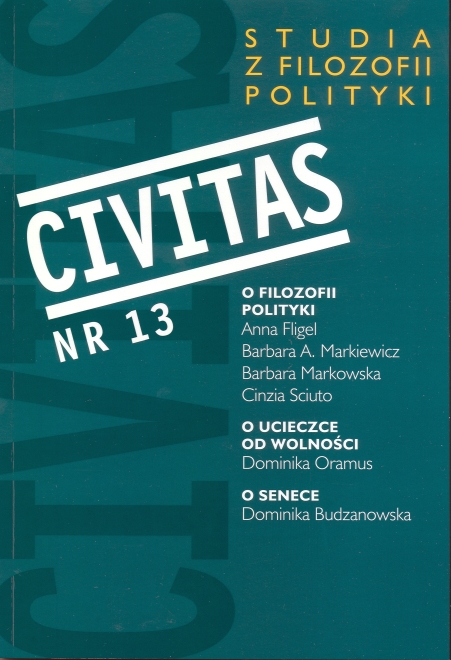 Summary/Abstract: What is the philosophy of politics in contemporary times and how can the need for its presence be justifi ed? The philosophy of politics is no longer needed by politicians themselves, primarily because it cannot be applied to an electoral campaign and will thus not ensure them an electoral victory. Public opinion probably feels no such a need either, bearing in mind that what it expects is more along the lines of new episodes of a political serial rather than a holistic philosophical interpretation of political reality. Public opinion might begin to feel such a need if it were to prove possible to restore, partly at least, its civic awareness, which is to say, the awareness that emerges on becoming conscious of the necessity for political freedom, for there is no politics without citizens; there is, at most, social policy and its clientele. Without a community of the free and equal, which may consist of citizens alone, there will be no philosophy itself, including that of politics. Philosophy should not treat politics as a certain, particular field or a distinct area of study, It has to learn to recognise in it the basis of this particular form of being, a community of ‘good life’ which is also its own fount.

Obywatel a globalizacja The citizen and globalisation 2007 Justice as Aletheia Justice as Aletheia 2009 O rewolucji raz jeszcze... On revolution once again 2013 Kultura polityczna: czy tego można się nauczyć? Political Culture. Is It Something We Can Learn? 2016 Secret organisations and their overt politics Secret organisations and their overt politics 2017
2023 © CEEOL. ALL Rights Reserved. Privacy Policy | Terms & Conditions of use
ICB - InterConsult Bulgaria core ver.2.0.1219