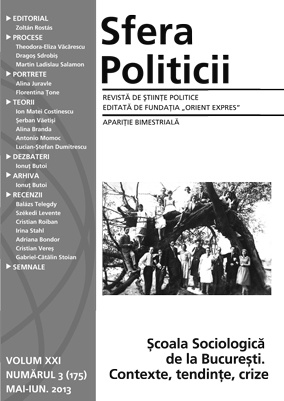 Summary/Abstract: The present article’s goal is to reveal the Romanian universities malfunctions’ in recruiting and guiding the students towards specific higher education specializations. Incapable of becoming a social selector and thus a mechanism of social promotion, the university developed itself into a source of intellectual unemployment in an agrarian society. Thus, it is reasonable to create a causal link between intellectual unemployment and the ascent of the nationalistic political trends in the 1930s, as it was the legionary movement.