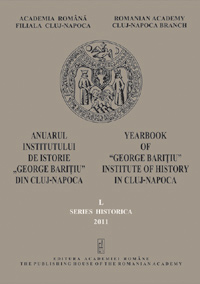 Summary/Abstract: Modernity may be interpreted as a way to enforce an alphabetised society. It is obvious that education was supposed to be more than a cultural demarche, it should become a vector for a new identity. Education could be seen as a main tool in the process of the nation building, a way of of reinforcing a new identity. The power of discourse, in a foucaultian sense, was a tool no longer ignored by the intellectual elites. The interwar Romania was a part of this process of reinventing identities. The nationalistic ideology had to face the challenges of the Versailles Treaty stipulations. A nation that believed the enemy was abroad and that the Romanian nation should live in a national state was not able to explain the weight of ethnic minorities in the state that should be a kind of historical apotheosis: The Great Romania. Education, which is the expression of the symbolical power of the intellectuals, took the lead. And the nationalistic discourse was supposed to be the perfect answer for the identity crisis. This could be the reason of the xenophobic development in Romania and of the nationalistic ideology return during Ceausescu's communist regime.