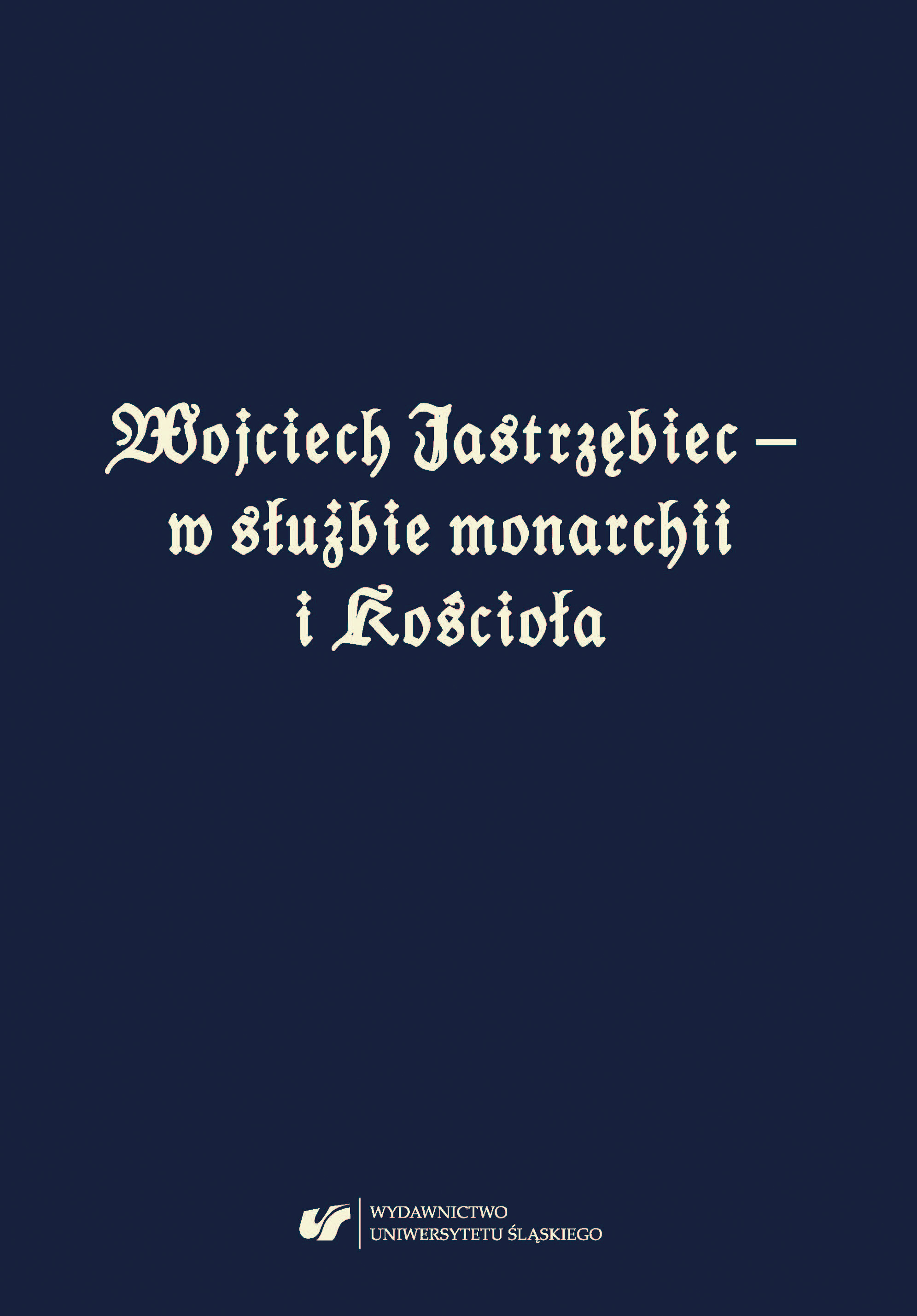 Contributor(s): Bożena Czwojdrak (Editor), Feliks Kiryk (Editor), Jerzy Sperka (Editor)
Subject(s): History
Published by: Wydawnictwo Uniwersytetu Śląskiego
Keywords: Wojciech Jastrzębiec
Summary/Abstract: In the year 2016 fell the 580th anniversary of Wojciech Jastrzębiec’s passing; he consecutively held the following offices: the bishop of Poznań, the bishop of Kraków, the archbishop of Gniezno, and Chancellor of the Kingdom of Poland during the reign of Władysław Jagiełło. The said jubilee turned out to be an occassion to organize a conference devoted to this outstanding figure. There was no coincidence whatsoever on the location of the event, since the city of Sandomierz hosted the renowned scholars already twice so far, in 2005 and 2010, when discussions concerning the bishop of Kraków Zbigniew Oleśnicki and the archbishop of Gniezno Mikołaj Trąba took place. The conference in question was, therefore, an appropriate closure of this Sandomierz proceedings in three installments. However, in case of Wojciech Jastrzębiec there is some added significance to the location, since he had been born in Łubice, which is a stone’s throw away from Sandomierz, and a nearby village of Beszowa boasts a marvellous monastery complex with an adjacent church (established for Pauline Fathers) founded by Jastrzębiec himself. It was in Sandomierz where he learned and studied and where his perserverance and ambition elevated him to the highest spiritual and state offices, to attain the status of King Władysław Jagiełło’s closest advisors. For that matter, it seemed only natural to us that the third Sandomierz conference should be devoted to Wojciech, the faithful son of this soil. The conference planning and organization was entrusted to the representatives of the Institute of History, University of Silesia in Katowice, dr hab. Bożena Czwojdrak and Professor dr. hab. Jerzego Sperki, and of the Institute of History and Archival Studies, Pedagogical University of Kraków – Professor Emeritus Feliks Kiryka and Professor dr. hab. Zdzisław Noga. In May of 2016, following our invitation to Sandomierz, there arrived the scholars of the Jagiellonian University in Kraków, the Polish Academy and Sciences in Poznań and Kraków, Nicolaus Copernicus University in Toruń, Adam Mickiewicz University in Poznań, University of Gdańsk, University of Warsaw, and the University of Silesia in Katowice. During the two days of conference sessions – May 23 and 24 – a dozen or so conference lectures were delivered which prompted lively debate. The figure of Wojciech Jastrzębiec was analyzed from many angles, including his church, political, and patron of art’s activity; his numerous foundations and the close circle of trustees was also tracked. During the conference sessions it was revealed that many dated opinions regarding the bishop could be verified and present in a new light; in addition, some new aspects of his life were presented. It is therefore a great pleasure for us to present you with the conference papers, obviously in their extended and enriched versions and we hope that they will prove to be of interest not only to historians and historians of art, but to the lovers of the Sandomierz land as well. (A fragment from the Introduction).