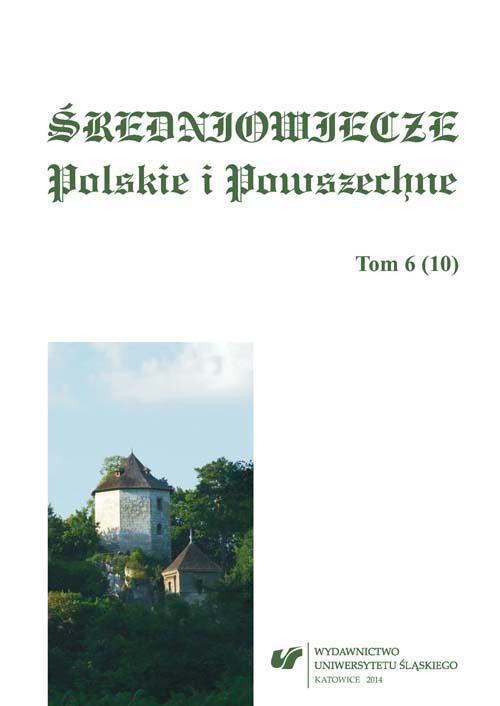 Summary/Abstract: Michał, called Hawdank (Habdank, Hawdaniec), was a progenitor of a magnate Buczacz family (Awdaniec coat of arms), who played a major role in Crown Podolia in late medieval period. However, till this day the historians did not account for when exactly Michał reached the Ruthenian lands, whether it was during the reign of king Casimir the Great, which was when Michał was endowed with lands there (according to earlier sources), or he came there in the company of Władysław of Opole who reigned there in 1372—1379 on behalf of king Louis I of Hungary (according to later sources). Michał’s background seems dubious as well. Earlier historiography (after Władysław Semkowicz) suggests that he could come from the terra Lanciciensis; whereas later one (Jerzy Sperka) maintains that most probably Silesia was his land of origin. Undoubtedly, Michał was endowed with an extensive land complex surrounding Buczacz by the Duke of Silesia. In Buczacz Michał founded a parish church, whose beginnings date back to 1379 according to the document preserved. Nevertheless, historians did not pay due attention to the fact that the church was founded once again (de novo construximus), and — what is more — the names on the list of witnesses could not appear there in 1379, but in 1373. Taking this into consideration, along with the subsequent foundation of the church, the new list of witnesses contained names from the previous foundation charter. This however allows for drawing a conclusion that the first foundation of the church in Buczacz tool place in 1373; nonetheless, Michał Awdaniec was endowed with the lands of Buczacz earlier, that is in 1372—1373.