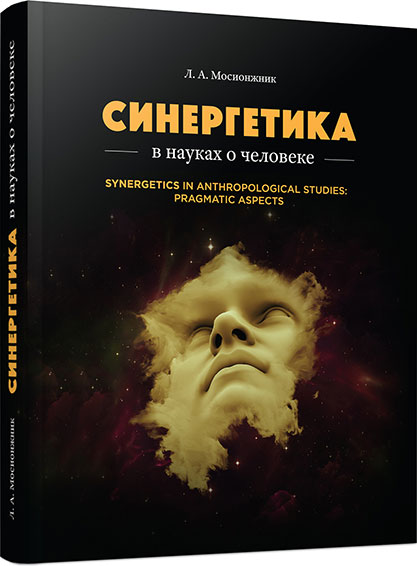 Author(s): Leonid A. Mosionjnic
Subject(s): History, Cultural history, Methodology and research technology, Social Theory, Sociology of Culture
Published by: Издательский дом Stratum, Университет «Высшая антропологическая школа»
Keywords: synergetics; anthropology; history
Summary/Abstract: The book studies different aspects of how synergetics is applied in anthropological studies. Within less than fifty years of its existence, synergetics passed from being “a new word” in science to being a post-modernist fashion, to provoke an avalanche of severe and – in many ways – justified criticisms. It is now time to contemplate the content of this ‘new word’ and the scope within which synergetics can be applied in a justified and productive manner. A historian himself, the author focuses on the humanities, recurring to the mathematics only to the extent normally understood by majority of the humanities students.First, the author addresses a retrospection of alternating worldviews in mass consciousness and in science. He demonstrates how and why science arrived to a state when synergetic ideas became necessary and demanded. He then briefly explains main concepts of the synergetics, mainly focusing on their clear definitions and applicability. His special concern is with the problem of time, mainly how it is perceived by humans and reflected in social processes (‘the time for history’) and in disciplines that study these processes (‘the time for historians’). Also here, he raises the problem of ‘fact as a construct’, not in the sense of voluntary construction of facts, but rather in the sense of inherent complexity of ‘fact’ as a concept, its dependence on the point of view chosen by the researcher and the associated problems.Then the author addresses application of synergetics in particular research fields and uses the nomogenesis theory advanced by L.S. Berg in 1920s to demonstrate that application of synergetic ideas could save this theory from accusations in teleology and allow it to protect its scientific status. He then pays special attention to the attempts to use synergetics in historical studies (mainly in post-soviet space). Unfortunately, it has been a bitter experience, mainly, with many authors regarding this ‘new science’ as a new ideology or a post-modernist jargon. Such attempts have been critically analyzed. At the same time, there are also works demonstrating substantiated and productive application of synergetic ideas, such as works by A.P. Nazaretyan and M.E. Tkachuk, or by E.S. Kulpin-Gubaidullin, in general (although not without objections), etc. These authors and their ideas enjoy a special attention in this book. P. Teilhard de Chardin’s works have received a special recognition: he expressed many synergetic ideas well before I.P. Prigozhin and G. Hacken.A special chapter is dedicated to the problem advanced in the mid 1990s: can elaboration of functional models replace search of truth in science? Even those authors who insisted on this possibility, try to avoid post-modernism and transformation of science into a form of modern mythology. Polemic debates on this issue generated a thesis that pursuance of truth and construction of models, in fact, are not in confrontation to each other.Generally, the author draws the following conclusions. Synergetics, essentially, is a methodology, rather than a science, which further develops Hegel’s and Marx’s traditional dialectics (some Russian researchers have also made a similar conclusion). It can get rid of both too rigid cause-and-effect explanations in historical sciences and historical fatalism, while at the same time, preserve the scientific character. At the same time, it focuses on multivariance of historical and cultural process and allows distinguishing possible versions of further development in each particular case and capturing such factors (insignificant, sometimes), which may force social system to follow a certain way out of a number of potential choices. At the same time, the synergetic approach allows demonstrating the futility of social ideologies which regard a return to ‘simplicity’ – already unattainable in reality – as a panacea for all modern calamities. Moreover, as it is neutral towards religion, synergetics allows substantiating the new evolutionary theories that cover the inorganic nature and biological and social processes. At last, synergetic ideas have a great educational potential, which is proven by years of teaching.