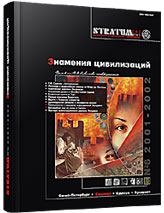 Summary/Abstract: The article is a comment on the work by P.P. Svinyin «Description of Bessarabian Oblast’” published in this issue of the journal. The author gives a general review of the situation in this oblast’ after its annexation to the Russian Empire, and the government’s policy in the annexed region, reasoned not only by peculiarities of the oblast’, but also by its specific status in Russia of the time. The Russian authorities of the time took every precaution while carrying out conservative reforms aimed at solution of the most stringent problems, in order to protect at the same time the interests of the nobility. A special attention is paid on historiographic myths, both the Soviet one (according to which Russia always played a liberator’s role for the neighboring countries), and the Romanian one (according to which the problem of national liberation was almost the only problem faced by the Danube principalities at the time and Russia’s role was reduced to that of an aggressor). The author’s suggested standpoint allows avoiding limitations of these myths.