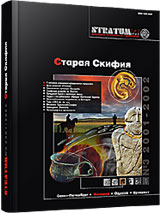 Summary/Abstract: The article is dedicated to a scarcely known activity of L.S. Berg, one of the greatest Soviet geographers, whose 125th birthday is celebrated in 2001. L.S. Berg’s impact on geography and biology is indelible, but in fact, as we can see now, he was an outstanding cultural anthropologist. His biggest contribution in this discipline was his book “Bessarabia. Country – people – economy”, edited in Petrograd in 1918. For its comprehensive analysis, but mainly due to its humanistic approach, this book can be regarded as a model for any cultural anthropologist. The humanistic approach is an advantage that distinguishes L.S. Berg from some other researchers, including his followers in geography (particularly, from L.N. Gumilev, whose works have become very popular in Russia lately), as well as from nationalistic publicists, with A. Crihan who criticized Berg among them. Berg’s scientific approach shows how a cultural or ethnologic research can avoid dangers of «respectful racism» and ignorance of some facts that are unpleasant for researcher, which is especially actual nowadays.