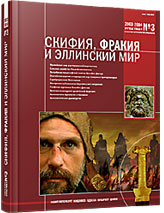 Summary/Abstract: The author compares the usage of mythology in two largest epic books of the modern literature: «The Lord of the Rings» by J.R.R. Tolkien and «Der Ring des Nibelungen» by R. Wagner. Although the relation between the two books was long ago marked by many researchers, so far it has remained little studied. It is known that both authors used the same source (plots of German mythology), but they processed them in different ways and arrived at different results. Wagner’s work was easily made to serve extremist (Nazi) ideology, while Tolkien’s novel did not know even a feeble attempt of the kind. The reason to this might be found in ways of processing the original mythological plots by both authors.One of the biggest mistakes made by Wagner was that he did not know the logics behind the myth; instead, he used the logics of plot development typical of a romantic drama. He ended up by suggesting psychological motifs to justify the deeds of his characters, to explain what in a myth is a natural and inevitable course of events, which in fact does not require any interpretation. Another mistake he made was the attempt to substantiate radical views with the help of the myth. Mythological consciousness is essentially conservative, it serves to justify and explain the existing world, rather than to transform it. Tolkien was not a radical politician and thus was able to avoid this mistake.This and other conclusions are drawn from comparison of plots of both “Rings” and of some groups of mythical creatures employed in them.