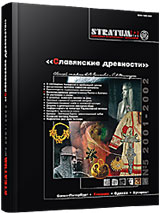 Summary/Abstract: The article is a chapter from the author’s paper dedicated to the works of J.R.R. Tolkien as mythologist and mythographer. The works of this English writer meet some very serious spiritual demands of the modern people, a proof to which is Tolkien’s tremendous world-wide success. At the same time, the myth created by Tolkien, has not become an instrument to manipulate mass consciousness, unlike the nazism’s myths (A. Rosenberg) or the «new paganism» («The Book of Veles» by Asov). Tolkien’s work methods with myths – this is what the author of this article mainly focuses on.The published fragment narrates about just one mythological figure from «Silmarillion» – the Two Trees, which (according to the tradition initiated by M. Eliade) is usually interpreted as a version of the Tree of World or the World Vertical. However, it turned out to be an incorrect reading of the symbol: Tolkien has got two absolutely different meanings for the World Tree (for instance, the ash-tree Yggdrasil in the German mythology) and the Two Trees. It can neither be compared with the symbols of Eden trees from the Genesis. Tolkien’s figure finds closer parallels in the culture of Chu kingdom (early Southern China), with very vague hints in Islam and some other systems. At the same time, the opposition of the Two Trees happens to be connected with the opposition of Sun and Moon, and in the long run with the male and female beginnings.