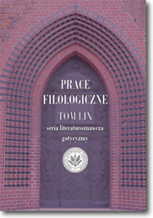 Summary/Abstract: The popularity of Gothic novels arises from the disappointment in rationalistic attitude towards nature, which does not get nature under control. Gothic fiction opposes the concept of rational nature to irrational naturalism which is based on an aesthetical taming of terrific coexistence of contradictions in nature. The most general motive illustrating this contradiction in Gothic fiction is the living death. In a matter of relation to nature the Gothic plays a precursory part towards decadence whereas decadence reinterprets the Gothic. In the decadent model of Gothic novel the living death is the consequence of aesthetical necrophilia. The decadent emphasises the beauty of death to resist the flow of time. Beautiful death becomes the trump card within his fight against variable nature. In the decadent Gothic novels the horror appears, when beautiful death comes to life, when art becomes life leading to real death. Decadent Gothic fiction discredits the illusion of the myth of Pygmalion. In Czech decadent literature Gothic fiction is most consistently cultivated by Jirˇí Karásek from Lvovice, the author of {Trilogy of Three Sorcerers} consisting of three novels: {Manfred Macmillen's Novel, Scarab} and {Ganymede}. Karásek uses Gothic convention in order to present decadent attitude to life with its aristocratism, aestheticism and narcissism. He tells about the decadence of romanticism that is, about a beautiful break-up of utopia of individualism which no longer crystallizes in a revolt against the world, but in isolation from the world which is involved in a self-destructive degeneration. The peculiarity of {Trilogy of Three Sorcerers} is determined by a decadent arrangement of two typical Gothic features: the demonic initiation (which does not end with transcendent transformation of the human identity, but with its death) as well as the topos of black city (which symbolically illustrates the nooks of the degenerated Gothic hero’s psyche).