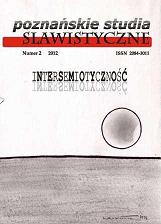 Summary/Abstract: The Birch Tree (1967), directed by Ante Babaja, is one of the most outstanding achievements of Croatian film modernism. It touches on the problem of rural life, which is unusual for film modernism. The work is inspired by Slavko Kolar’s rural prose, naive paintings by artists from Hlebine and north Croatian folk rites and songs. In this film, Babaja presents a naturalistic interpretation of rural existence, where the human spirit is stifled by dull material and inert nature. The Birch Tree is also an example of a film Gesamtkunstwerk that combines notonly the elements of various arts (painting, literature, music, theatre), but also two historical-cultural models of artistic creation: the modernist and the folk.