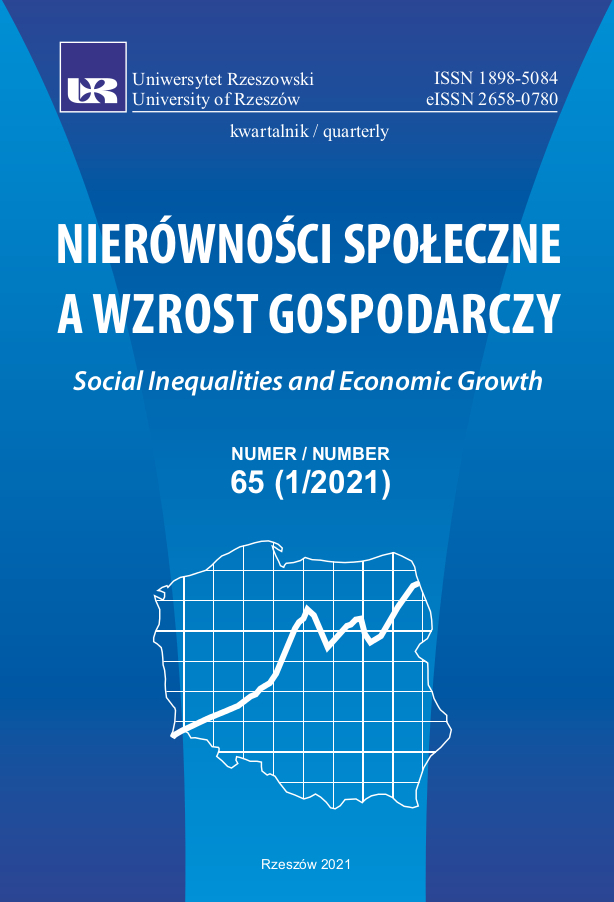 Summary/Abstract: Spatial autocorrelation is the correlation between the values of the same variable at differentpoints in space. This method enables a more complete analysis than is traditionally used as it specifiesthe spatial structures and relationships between adjacent elements. Analyses of phenomenausing this tool is helpful in identifying areas that have different or similar values. Thanks to it, ispossible to assess and control the studied phenomenon, as well as identify differences between theareas and their surroundings. The issue discussed in the article stemmed from the fact that recentlyresearch on the impact of air transport on regional labour markets has been of great importance.The aim of the article is to present the method of spatial autocorrelation to determine the degreeof concentration and spatial connections of the situation on local labour markets in poviats locatedwithin the Katowice-Pyrzowice Airport isochrone area. The analysis took into account 27 indicatorscharacterising the labour market. The research period was 2011–2015.In the course of the research, the goal was achieved. The obtained results made it possible toevaluate and notice the degree of concentration of the neighbouring poviats in terms of the adoptedmeasures. In the course of the research, the research hypothesis was positively verified as follows:poviats located in the area of gravity of the examined object are characterised by a spatial autocorrelationof the situation in regional labour markets and cause spatial inequalities.