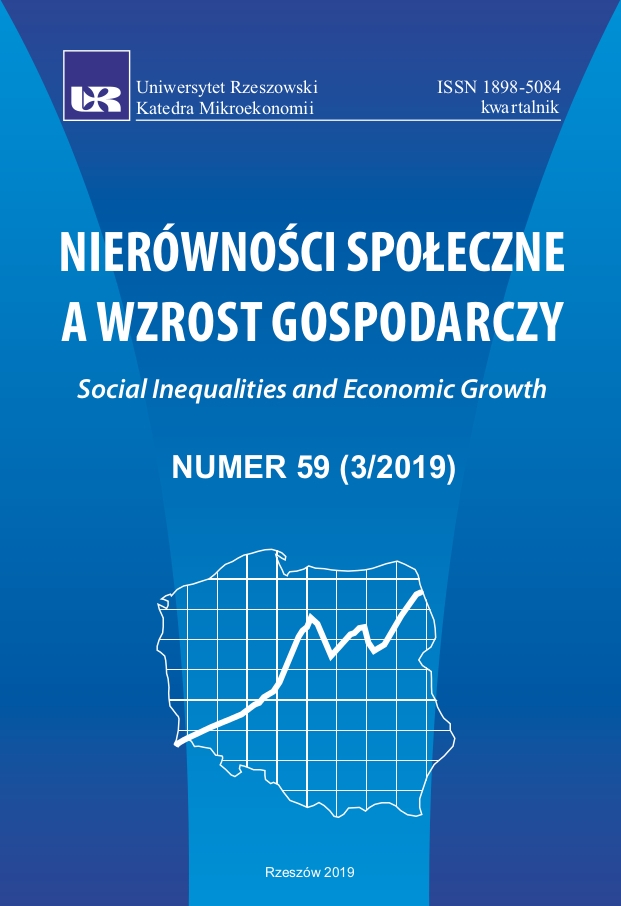 Summary/Abstract: As it is commonly known, the development of air transport, especially one of the airports, makes effective and modern factors of competence and regional development within the conditions of economy based on knowledge. In recent times, the research into the influence of air transport on the inequalities in local labour market has had crucial and practical significance. These issues became the source of interest in this study. It is established that the isochrones of 60, 90 and 120 minutes are the influential areas of airports on local job markets. Considering the fact that the subject literature does not suggest any identification of the areas, the aim of this paper is to suggest a tool apparatus which enables to identify the areas concerned. To achieve this aim, Geostatics Portal was used. It is worth emphasizing that the suggested method of identification of the areas, as well as a graphical presentation of the results, constitute a crucial issue in the analysis of the influence of Polish airports on economic growth. In this elaboration, using the apparatus mentioned, an analysis of the situation of a local job market of two of Polish airports was made. The research carried out allowed to estimate the influence of air transport on the situation in the local job market. The suggested method is a new, effective, useful and modern approach to obtain and analyse statistical data for the areas of tendency of Polish airports. What is worth emphasizing is the fact that it is a significant ‘input’ of the author into the economic development of regions. This thesis has been divided into two main parts. The first one characterises Geostatic Portal. The second one comprises the results of the research carried out. The source of the data was statistical data by the Central Statistical Office. The study is summed up with the key research results.