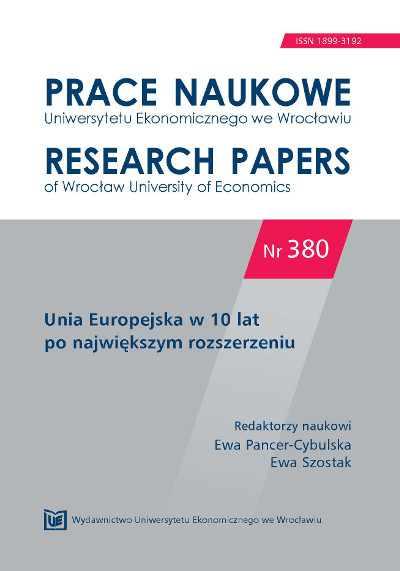 Summary/Abstract: The issue of innovativeness is of particular importance in the case of areas lagging behind in development. It has a significant impact on strengthening their competitive position in the ongoing rivalry between the regions. The author has set herself the objective of verifying the degree of differentiation of the innovative potential of the macro-region of Eastern Poland (Podkarpackie, Podlaskie, Świętokrzyskie, Warmińsko-mazurskie and Lubelskie voivodeships), one of poorer members of the European Union in the regional structure of the country. To achieve this goal an extensive list of fifty-three indicators, which is the result of an inventory of existing measures, has been separated. Also different from the commonly used, a method of measuring the phenomenon of innovation in this specific macroregion has been proposed. Two methods have been used: the principal components and factor analysis. All calculations have been done with the use of Statistica Pl software. The study has been conducted in a dynamic terms, for years 2007-2011, which allowed the observation of change and drawing detailed conclusions.