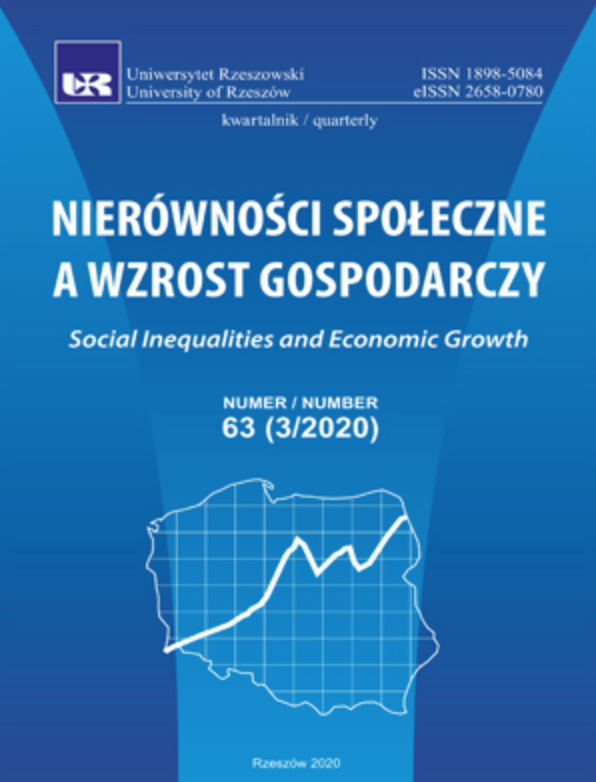 Summary/Abstract: In the economy of the 21st century one of the most important resources and factors determiningthe strengths and competitiveness of regions is human capital. This role in regional development hasbeen noticed in the policy of the European Union. The article presents the results of research intothe diversity of human capital in Poland. The category was determined using fifteen indicators, and their selection was dictated by the availability of data across voivodships and their comparabilityover time. The aim was to verify the diversity of the human capital of voivodships in Poland withinthe regional structure of the country. The research included an attempt to measure and take intoaccount changes in their diversity in dynamic terms (2007–2018). The research tool was factoranalysis. The results allowed the assessment and observation of differences in the classification ofvoivodship groups. The schooling coefficients of individual types of schools have an impact on thegrouping and diversity of similar voivodships in terms of human capital. Demographic processesare particularly unfavorable in the Świętokrzyskie voivodeship. The dynamic approach allowsus to claim that groups of objects are characterized by a different specificity. The most favorablequality of human capital was assessed in the Mazowieckie voivodeship. It was observed that thevoivodships in Poland also differentiate the indicators characterizing the working and post-workingage population. The goal is characterized by variability in time. Given the dynamic dimensions ofthe category, achieving them in a different way seems very important.