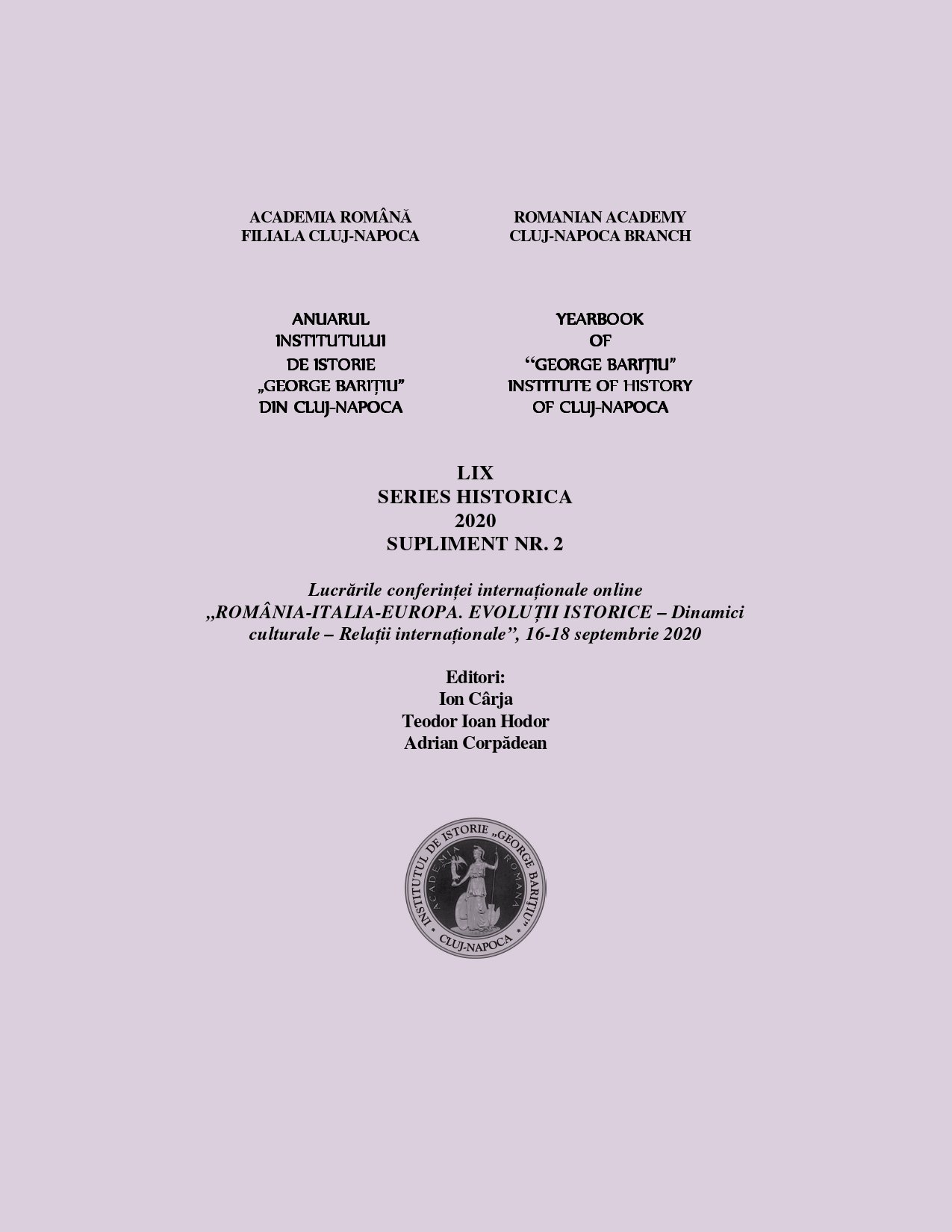 Summary/Abstract: In spite of their geographical distance, Italy and Romania developed during the 20th century, and especially in the interwar period, political and cultural relations of considerable importance. During the 1920s and the 1930s, both countries, but mainly Italian Fascism, often used the common Latin origins as a political tool. Italian-Romanian relationships began to consolidate since WWI, when the common irridentist and annexationistic war aims to the detriment of the Austro-Hungarian Empire led the two countries to overturn their alliance with the Central Empires and move into the opposing field. Although Mussolini, since the end of the 1920s, had taken the path of revisionism, supporting Hungarian claims also on the Transylvanian issue, the rhetoric of the common Latinity continued to develop. If at the political level bilateral relations cooled, cultural relations were carried on through cultural diplomacy, which had its pivot in the network of Italian cultural institutes abroad and in the sections of the Dante Alighieri Society. These relations, interrupted with the beginning of the “cold war”, would gradually resume especially during the Ceauşescu era, when the Romanian dictator began to be considered a reliable interlocutor of the West as a “heretical” communist leader of the socialist bloc, anxious to gain autonomy from the Soviet Union. Therefore, between the 1960s and the 1970s, reciprocal contacts intensified, at the governmental level but also through a new “parallel diplomacy”, represented by the dialogue of Italian and Romanian communist parties. With the end of “real socialism”, Italian-Romanian relations experienced an important revival within the common European framework.