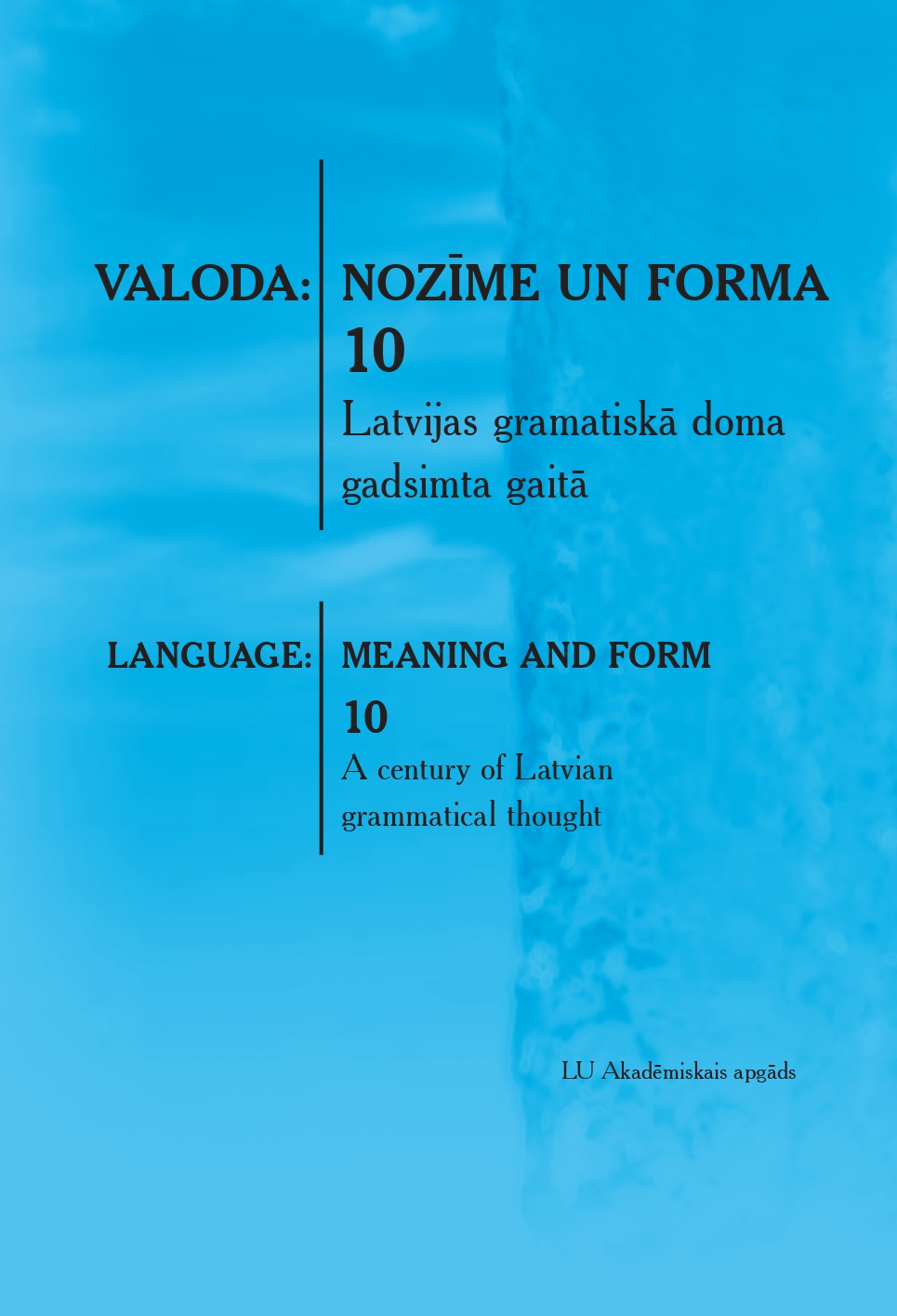 Summary/Abstract: The polysemic nature of prefixes in Latvian causes problems in prefix classification. Several authors in different time periods have proposed diverse prefix classification systems. In this research, three different classification systems of prefix aiz- ‘away’ are compared – the classification system created by Endzelīns (1971) in 1907, the classification system created by Soida in 1970 (printed in 2009), and the classification system proposed by Vulāne (2015). To ascertain which meanings are used nowadays the examples are drawn from the corpus. There are 11 prefixes in the Latvian language used in word-formation. In this research, prefix aiz- is chosen as it has a rich meaning system although is not used very frequently. Different authors propose from 7 to 10 meanings for this prefix. Prefixes are classified by spatial, temporal, quantitative, qualitative and some other features. Vulāne (2015, 280) has found that “many derivatives with a prefix aiz- are polysemic, so they may belong to the different derivative types; and their particular meaning reveals itself only in a context”. Such a statement may explain the multiplicity of meanings. There are different principles employed in classification of prefixal meanings. Endzelīns (1971) and Vulāne (2015) pay more attention to the spatial meanings of the activity verbs, while Soida (2009) focuses on differentiating time and quantity of an activity, offering seven sub-groups with varying degrees of time and quantity. Five of these sub-groups are also applicable to the verbs with the prefix aiz-. Lists of meanings for prefix aiz- found in Latvian explanatory dictionaries are very similar to those proposed by above mentioned linguists. The meaning of the verb can be interpreted according to where the emphasis is placed – on the conduct of activity, on the outcome of the action or on the effects of the action. The same example can be treated as having several meanings. Primary prefixes are differentiated according to the spatial, temporal, quantitative properties, although not all kinds of verbs have these qualities. For example, the features of spatial orientation have the motion verbs but do not have the verbs of mental action. The classification system would be more lucid if a prefixal verb is classified according to the semantics of the basic verb at first, and only after by the spatial qualities, temporal qualities or degree of completion.