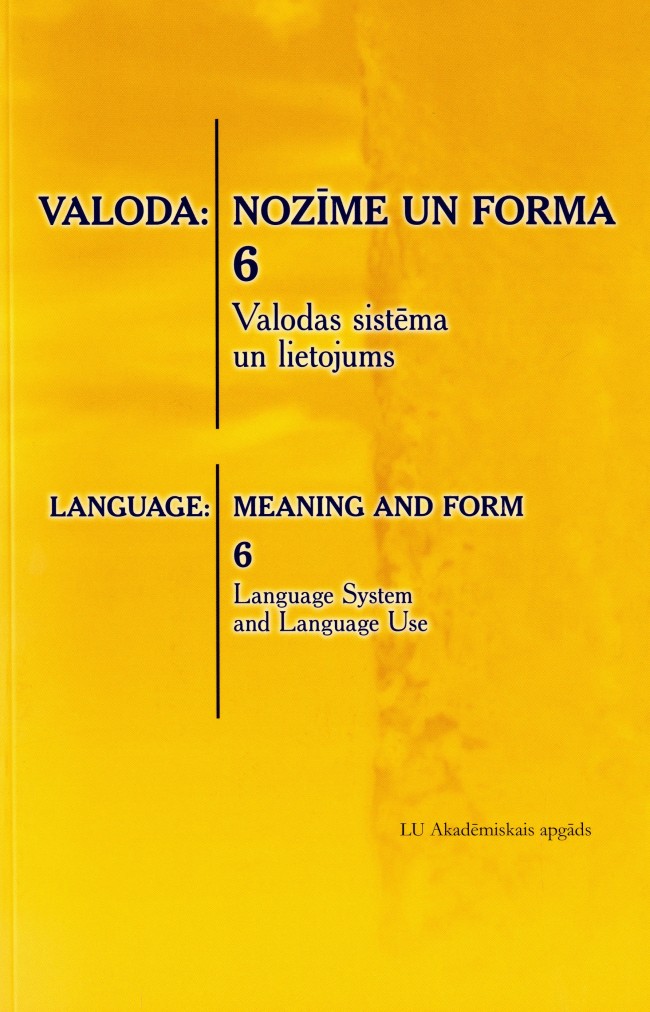 Summary/Abstract: Prefixation of verbs in Latvian is one of the most productive techniques for the verb formation. The number of valid prefixes that can be added to different motivation verbs in derivation process varies significantly. In Latvian linguistics the most generic prefix classification system is proposed by Emīlija Soida (2009). Prefixes are grouped by how they expressed the completeness of the action; how they express fulfillment level of the action; and how they describe the process. So far there are no studies of the common characteristics of the motivation verbs for which the same set of the prefixes can be added. For the purpose of such research, the verbs extracted from the European Union legal text corpus and from the New Latvian English dictionary (2007) are used. After extraction prefixes are separated and motivation verbs are grouped by prefix sets. The purpose of this study is to determine the common features of motivation verbs for which the same set of prefixes can be added and to propose a general verb classification system based on this knowledge.