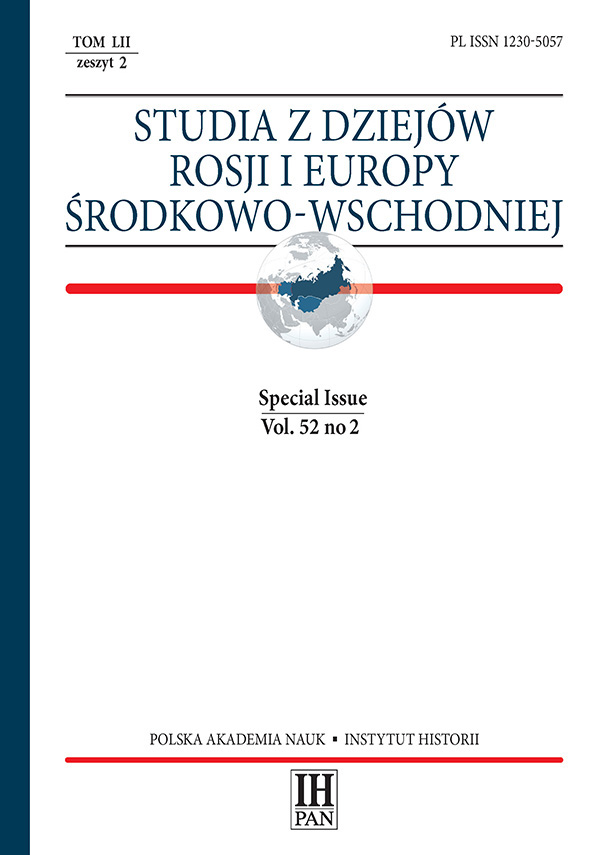 Summary/Abstract: During the long process of introduction of zemstva (organs of local government) to the Western guberniyas of Russia (began in 1906), there was once again the problem of domination of Polish landlords within the social structures as well as political and economic life of Belarusian and Ukrainian guberniyas. The tsarist authorities, who sought to ensure the dominance of a few Russian landowners in the electoral laws to zemstva, had to set up such an electoral system that would make it possible to reduce in zemstwa the number of Polish nobility. To do so, it was necessary to determine with precision who, according to laws, was “a person of Polish origin”. Prime Minister Pyotr Stolypin, preparing the introduction of national curias for the elections to Western zemstva, ordered an official of the Ministry of Internal Affairs to work out a memorial describing all the methods used after the fall of the January Uprising to distinguish Polish landowners from all the members of this class. The memorial by Alexandr Strolman, presented here in its original form and in translation to the Polish language, is a historic review of all actions taken both by local and central authorities to establish basic criteria necessary to determine and distinguish all Polish landowner from among all the landowners in Western guberniyas of Russia.