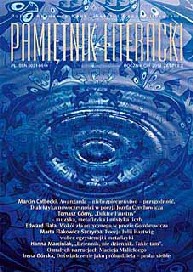 Summary/Abstract: Kazimierz Przerwa Tetmajer’s arrival to Vilnius in 1906, and the delivery of his lecture about the Tatra mountains as well as the gathering at which the poet read extracts of his poetry were very important events in the revival of Polish cultural life in this town after 1907. The initiator and organizer of his visit was Czesław Jankowski, a writer and a poet, and at that time an editor-in-chief of “Kurier Litewski [Lithuanian Daily]” – a Polish newspaper appearing in Vilnius from 1905. Those occurences were significant because of two reasons. Firstly, due to the fact that Kazimierz Przerwa Tetmajer was the first so distinguished Polish poet not from Russian sector of partitioned Poland who came to Vilnius to introduce his literary output. Secondly, since each person willing to listen to the first lecture in Polish after the collapse of January Uprising could come and listen to it.