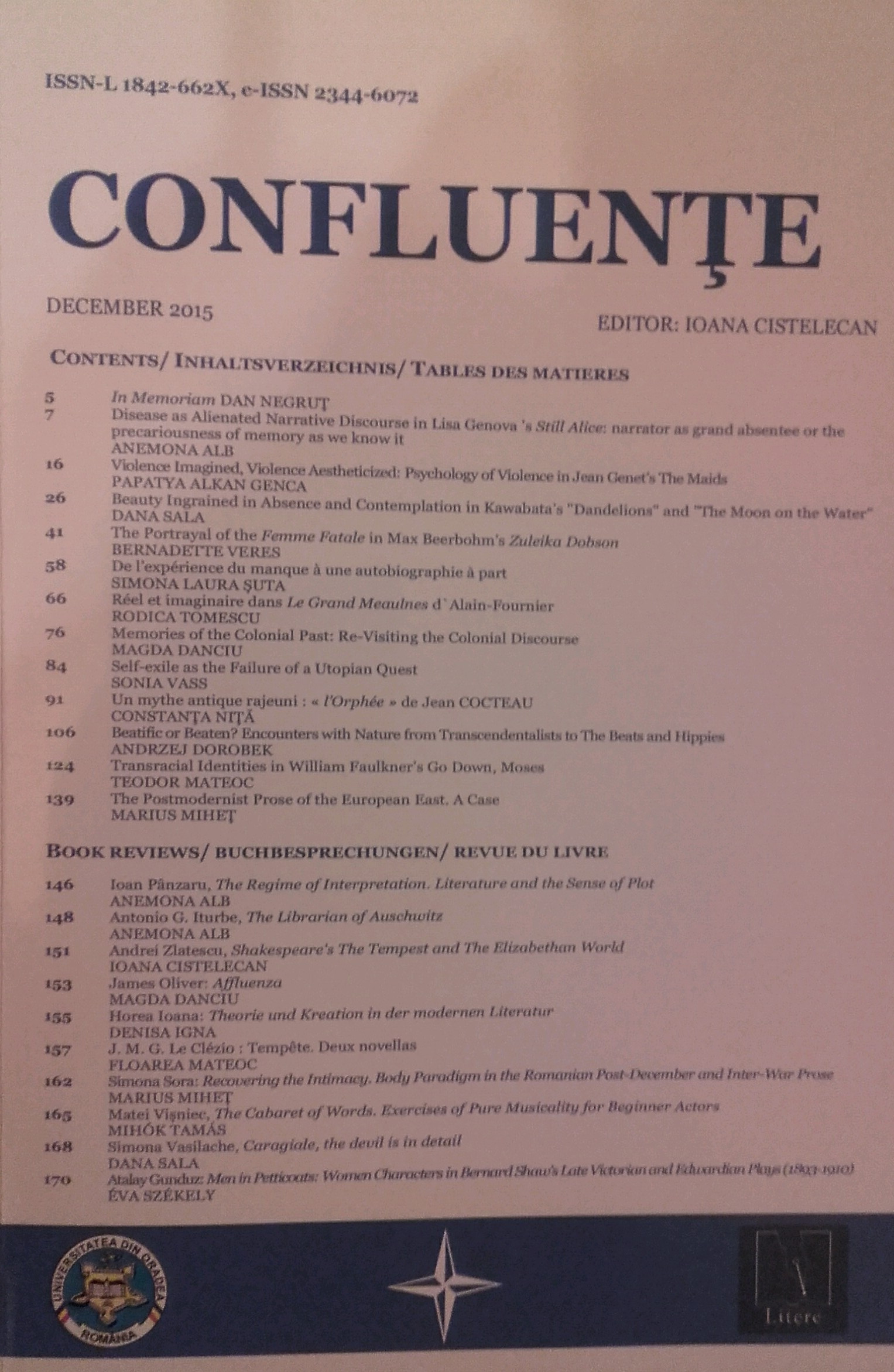 Summary/Abstract: Initially, the earliest ideas concerning the relationship between man and nature within the context of American culture are briefly recalled (Columbus, Smith). Then, the transcendentalist view upon this relationship, put forward by Emerson and exemplified by Thoreau, is restated – to be shown as fundamentally questioned from the perspective of existential alienation or cognitive skepticism, first by Poe and later, by Dickinson and Crane. Consequently, the Beat literature is presented both as an attempt at the restoring of the transcendentalist concept of divine harmony between man and nature and as an example of the writers being alienated in the “disenchanted world” of the mid-20th century America – the attempt ultimately unsuccessful, as was proved e. g. by Kerouac's Big Sur. A similar idea of America as never-to-beregained “paradise” of natural beauty and harmony is featured in the artistic legacy of the Hippie Generation, from Easy Rider film, to Steppenwolf's song Monster or Brautigan's novels such as Trout Fishing in America. Finally, a parallel is drawn between Kerouac and his Polish follower, Edward Stachura, chronologically belonging to the Hippie era and showing in his fiction hypersensitive individuals, tragically alienated both from nature and humanity – which, despite any notes of existential pessimism, was not the case with the Beats.