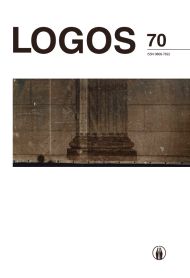 Summary/Abstract: This article tries to perceive how secularization spreads in a legal state and in the European Union. The author states that when a legal state begins to violate the life issues, the state ceases to form a democratically healthy society. Secularization is a process in which a person tries to “escape” from religious influence in the society and to leave religion in “a private corner”. The author proves that the supreme escape from the influence of God used to be in the philosophy of Nietzsche, when God was “killed.” This philosophy was espoused by Hitler, and Europe was” liberated in the best way” from Christian influence by deaths of millions. By immense historical indicators the author proves how both atheistic ideologies of Nazism and Marxist-Leninism cooperated until the very beginning of the Second World War. In one word, secularization has no limits. Secularization can become very dangerous in certain circumstances. The rejection of belief in a society inclines towards a denial of God. The laws of European Union concerning the family, birth and religion already abuse the right of birth. The article tries to show the point of view of the Holy See in the future of the European Union and the theologian’s mission in a globalized world.