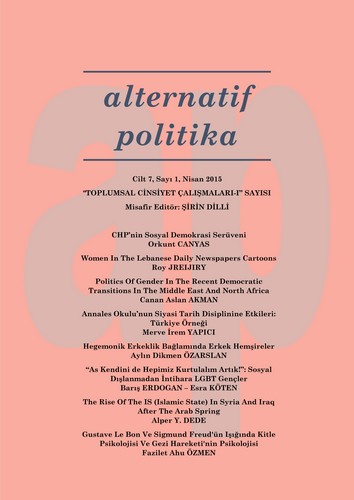 Annales Okulu’nun Siyasi Tarih Disiplinine Etkileri: Türkiye Örneği
The Impact of the Annales School on the Discipline of Political History: The Example of Turkey

Summary/Abstract: The efforts to scientize history starting from the 19th century focused on the events and the performers, and imposed narrative history as a “scientific” approach until 1920s. The Annales School - established in 1929 – rejected the aforementioned efforts to scientize history and accepted a problem-based analysis as opposed to an event-based approach. It emphasized the necessity of an analysis of the era and the conditions surrounding the historical actor in order to understand the actor’s practices. Therefore, it highlighted the urgency of an interdisciplinary work. Political History, which is regarded as the earliest discipline of International Relations, formerly centered upon events and characters, and was confined to practices of statesmen. Thanks to the emergence of the Annales School, it enriched both its subject matter and methodology. It was influenced by the Annales School’s holistic approach. However, the enrichment has been limited to the Western civilization and analyses of the Ottomans in Turkish Political Historiography. This resulted in limitation of Annales’ holistic understanding of history to only a certain geographical/cultural region.