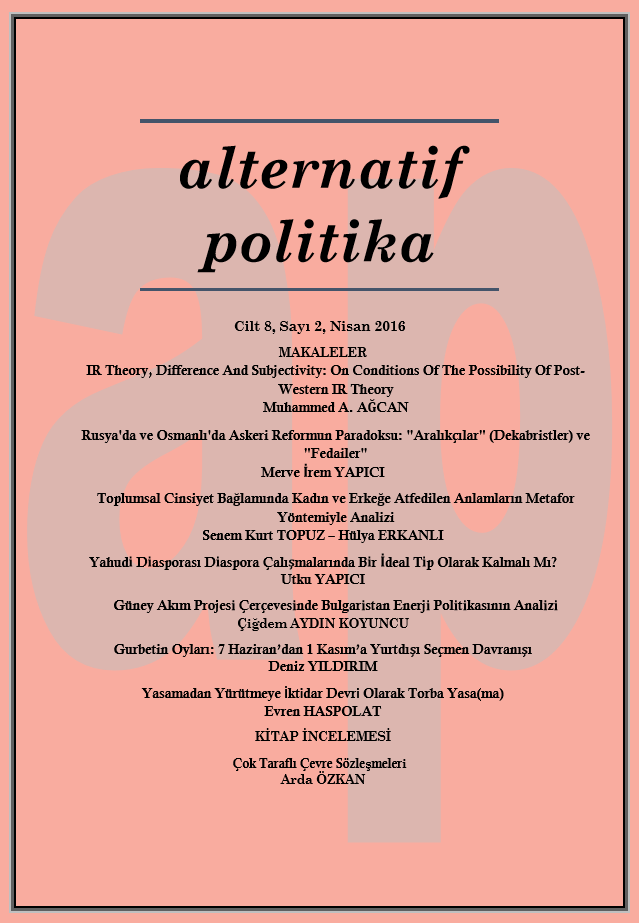 Summary/Abstract: Military structures and reforms of the Ottoman Empire and the Tsardom of Russia resemble each other, as well as many aspects of their historical development. Two states worked to strengthen their monarchies with military reforms through the adaptation of West’s military institutions, weapons and war techniques. They failed in their efforts because they did not manage to perform West’s economic and political transformation. Military reforms that were made without transforming the established order literally led to the emergence of army corps threatening the established order. At this point, the Tsardom of Russia criticized the Ottoman Empire for being late in its military reformation efforts and being non-Western. However, despite the Tsardom’s claims of sharing the European identity since the reform of Petro I in the 18th century, this claim lost its validity due to the lack of any concomitant economic transformation that Europe had experienced in the 19th century. In the same century, the Decembrists’ revolt of Russia showed that the reformed military structure which had been established to strengthen the central authority became the focal point of the centrifugal movements, similar to the case of the “Kuleli Incident” in the Ottoman Empire.