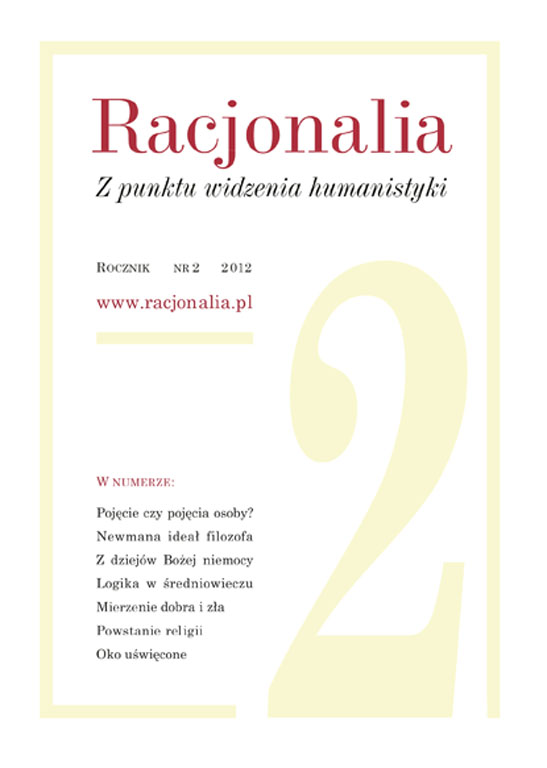 Summary/Abstract: Philosophy of philosophy, also called meta-philosophy, is a very interesting field of human intellectual activity. It shows not only what philosophy and its goals are, but it teaches philosophers a lot about themselves. John Henry Newman (1801–1890) in his work described the nature and role of philosophy as „organized, and therefore living knowledge”. He attached great importance to tell his listeners and readers what should characterize true philosopher as well. It is worth to knowing, what the idea of philosophy and the philosopher described and promoted by Newman (who was called – with good reason – the „Plato of Oxford” and „English Socrates”) was, and how philosophy can be a way of maturing our humanity and be a method to transform the world. This article provides an introduction and outline of this issue.