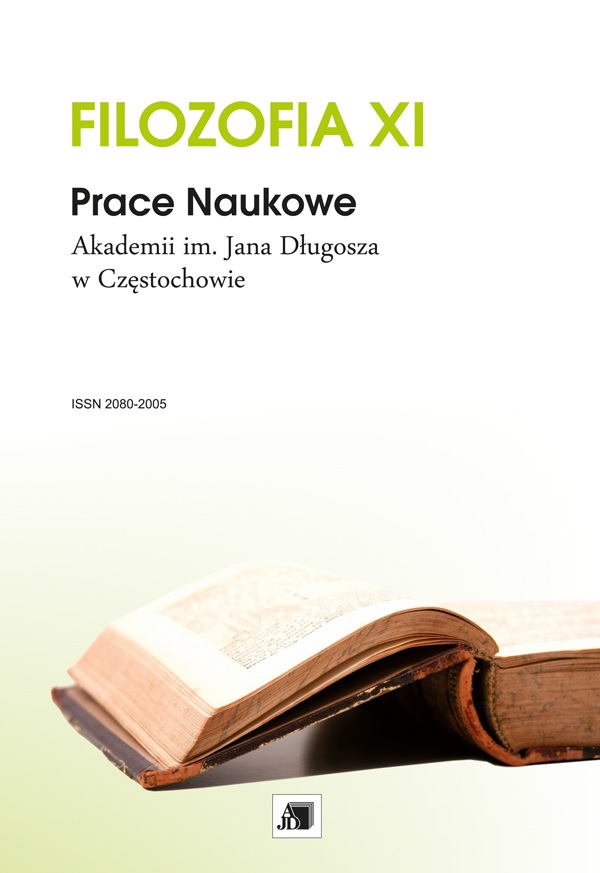 Summary/Abstract: The article describes the problem of dividing/fencing off the areas in the contemporary post-moderntowns and cities. The author analyzes the problem of the so called “upturned fences”, by means of whichhe divides the urban area in Poland. He argues that the reason for such a situation is the attitude of liftingup based on the consumer metabolism which is understood in a peculiar way. This mechanism generatesthe phenomenon of sustained consumption which is the realization of the need of being significant. Thisneed has been underrated by the anthropologists. However, it seems to play an important role in humanlife. Information metabolism (being the inspiration for conceiving such a notion) in Kępiński’s version isa biological construct, and it places the sense of security at such a level. On the other hand, consumermetabolism is a social mechanism. It is responsible for the sense of social security which depends on theposition that we hold in the community and on the distance that separates us from other people. A highposition gives us a high sense of security due to the subordinate position of other people and it gives usthe right distance. Low position is a threat because it can mean subordination and loss of control overone’s own life. When we consume more, we achieve a high social position; when we lose this opportunity,our position becomes lower. The level of how important we are in the opinion of other people decreases.The mechanism is similar to the control manipulation of consciousness. It is, however, morecomplicated than the one we encounter in interpersonal manipulations. It is based on the manipulation ofthe human cultural environment so as to, as a consequence, make the human being – who is a product ofsuch an environment – participate unwittingly in this practice. This mechanism itself co-founded, defendedits reasonableness and, often genuinely happy, was deceived by its manipulative delusion. Accordingto my belief, this is the way in which an upturned fence is created. It is meant to be a symbol ofindependence, it is a symbol of socio-manipulative influences of civilization.

Problem niewiedzy w filozofii starożytnych The Lack of Knowledge in the Philosophy of the Ancients 2011 Problem niewiedzy w filozofii Pascala The Problem of Ignorance in Pascal’s Philosophy 2012 A Man of Late Modernity and Multimedia Civilization A Man of Late Modernity and Multimedia Civilization 2013 Idea umiarkowania jako istotny czynnik postaw społecznych i politycznych The Idea of Moderation as an Important Factor of Social and Political Attitudes 2016 Intelektualny wymiar kiczu. Mądrość i głupota. Sztuka i kicz Intellectual dimension of kitsch. Wisdom and stupidity. Art and kitsch 2017
2020 © CEEOL. ALL Rights Reserved. Privacy Policy | Terms & Conditions of use
ICB - InterConsult Bulgaria ver.1.5.0917