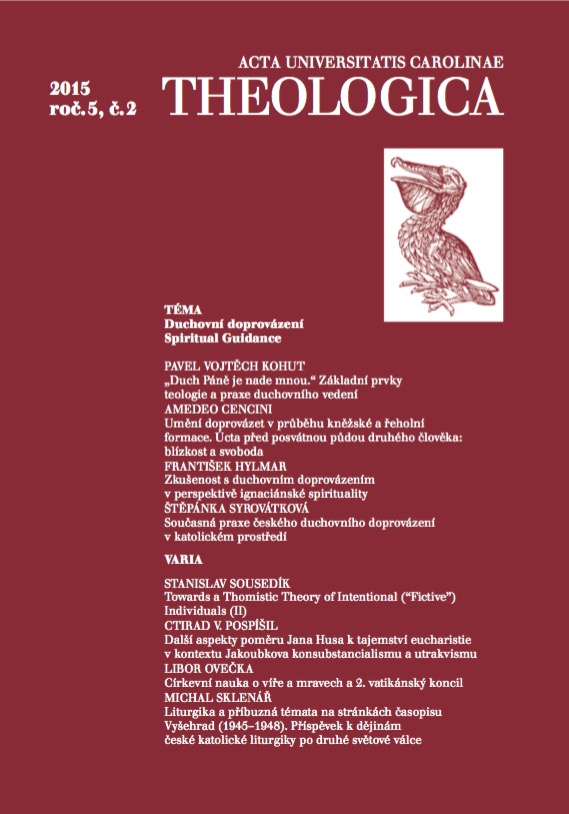 Summary/Abstract: Following Aristotle’s stimuli, the medieval scholastics produced the theory of beings of reason (= intentional beings), i.e. beings that can only exist as an object of our reason (and in no other way). It is remarkable that an important component was omitted by the scholastic scholars, namely the teaching of intentional (nowadays called “fictional” more frequently) individuals, e.g. Sherlock Holmes, Hamlet, Hephaistos etc. This issue was dealt with later by A. Meinong, E. Mally, T. Parsons and E. N. Zalta. This contribution strives to propose an alternative theory founded on the scholastic, specifically Thomistic thought. The author distinguishes 1) individual description of intentional individual, 2) this individual itself, and 3) its “representative” existing sometimes in the real world. An intentional being, in this conception, has only the properties ascribed to it by its description and the property of individuality (and no other property). Nevertheless, an intentional individual bears these properties differently from the real individual. Therefore, the author distinguishes two kinds of predication, the real and the intentional one. In this context, other logical problems of intentional individuals are addressed. By the “representative” of an intentional individual (e.g. Sherlock Holmes) the author means e.g. its image made by the reader of A. C. Doyle in his (reader’s) fantasy, or a real picture (illustration) in the Hound of Baskerville book, further the actor who plays the role of famous detective in the film adaption of the novel etc. The goal of the contribution is to show that if existence is the first-level predicate, it can be predicated informatively, for as such it is able to distinguish the individuals that exist really from those that do not.