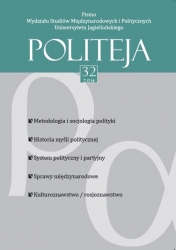 Summary/Abstract: This article presents the impact of Latinos’ on American politics. Hispanic community living in the United States has become an important part of its society. Numbers describing Latinos are impressive as well as alarming. Data released by the U.S. Census shows a constant growth of Spanish‑speaking population in the USA. Because of these numbers, questions asked about the political power of Hispanics seem legitimate. However, Latinos do not fully use their electoral power. Their voter turnout is, among other issues, the main reason of their limited political influence. On the other hand, Hispanic activists are trying to show members of different Latino subgroups that their future in America depends on their political participation. The following article discusses these issues and shows the long way that Latinos have to go to become a real political power in the United States.