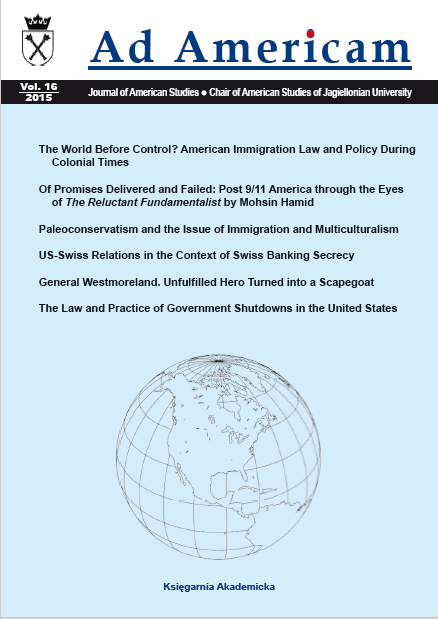 Summary/Abstract: In debates on American immigration law, it is possible to encounter the argument that there were no laws restricting newcomers’ flow into America till the end of the 19th century. An inaccurate understanding of American immigration policy sometimes leads to the opinion that prior to the beginning of the federal immigration power, there was no immigration policy at all in America. This article describes regulations enacted by the colonies and the states, as well as activities taken by them, to control the influx of newcomers. They tried to encourage immigrants to come to America while simultaneously controlling who was coming. The idea of successful control over immigrants coming to the North American continent was rooted in restrictive laws determining who was admissible. Paupers, criminals and those with contagious diseases were undesirable. Colonial and state authorities tried to stop their influx or, at least, to lessen the danger they posed. The main goal of the presented article is to analyze and present arguments proving or neglecting the assumption that there was a lack of an immigration policy during colonial times in America.