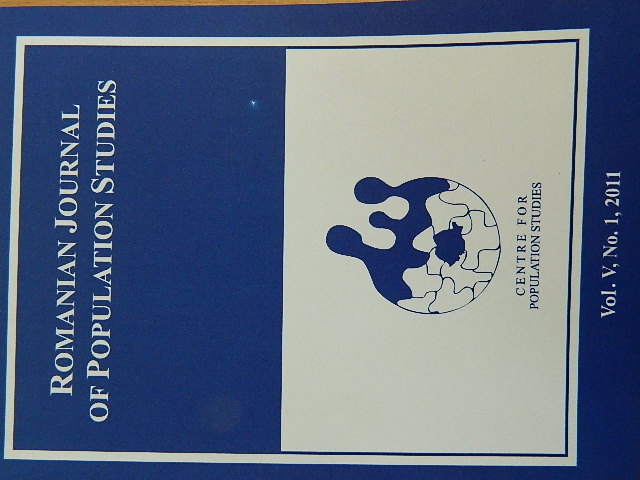 Summary/Abstract: The anthroponimical analysis of the Russian census of the population of Moldova in 1774 made possible a more objective determination of the national structure of the inhabitants of Bukovina on the threshold of the occupation of this region by Austria. According to the mentioned census in 1774 there where leaving approximately 68.700 persons (nearly 40.920 Rumanians, 59,6%, and nearly 22.810 Ukrainians (Ruthenians and Hutsulians), 33,2%) in the area of future Bukovina. The Ruthenians lived more densely in the north-west of Bukovina, especially in the zone between Prut and Nistru and the hutsulians were concentrated in the mountain zone in the west of the province, especially in the zone of the rivers Ceremus and Putila. In 1774 there were living as well about 475 Jewish families (mostly in Cernauti, Suceava and Vijnita), about 420 Gypsy families (mostly in the south of Bukovina near the monasteries), and in Suceava was an Armenian community that was formed of 58 families. During the military administration (1774-1786) the population of Bukovina was practically dubbed, predominantly because of the intensive emigration from Galitsia, Moldova and Transylvania. But those processes had not changed crucially the national structure of the population. The transferring of Bukovina under Galitsian administration had negative consequences for the population of Bukovina. In result of an intensive emigration to Moldova (especially during the period of time 1786-1816) the rate of Romanians had decreased but the rate of Ukrainians and of representatives of other nationalities had increased. The most drastic decrease of population of Bukovina occurred in 1814 – 1816, when the number of inhabitants registered a decrease of 28.453 of individuals or about 12,4% of the total population. In the period of the military and Galitsian administration 5 Hungarian colonials were founded in Bukovina, 3 Lippovan colonials, 3 Slovak colonials and many peasants, miners and German glass blowers colonials. Little by little, Jews, Polish and Armenians came to Bukovina, that were mainly settled in the towns. The German, Hungarian, Lippovan and Slovak colonists lived prevalently in the villages and dealt with agriculture, and the Jews, Polish and Armenians lived mainly in towns and dealt with commerce, trades and they used to be land agents or office workers. The first official statistic data on the ethnic structure of the Austrian provinces at the middle of the XIX century are very contradictory for Bukovina. After a comparative verification and analyse of the statistical data from the middle of the 19th century, I came to the conclusion, that the statistic data of 1850 are the most realistic. According to official statistical data in 1850 there were in Bukovina 380.826 inhabitants, inclusive 184.718 Romanians (48,5%), 142.682 Ukrainians (37,5%), 25.592 Germans (6,7%), 11.856 Jews (3,1%), 5.586 Hungarians (1,5%), 4008 Polish (1,05%), 2.300 Lipovenians, 2.240 Armenians.