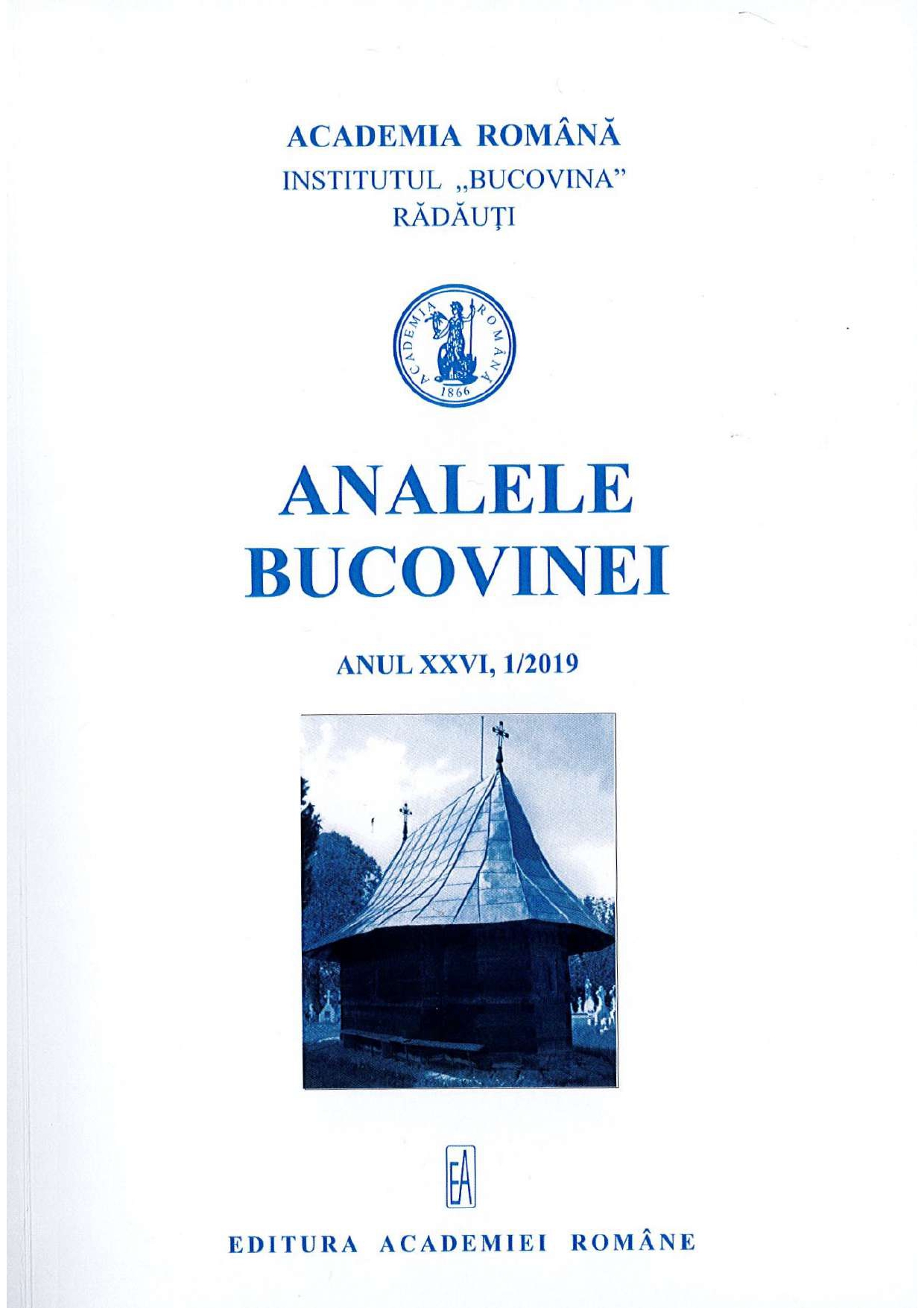 Summary/Abstract: In 1917, an impressive national liberation movement developed in Bessarabia. In the autumn of that year, a National Council (SfatulȚării) was formed, consisting of 150 deputies, 105 (70%) mandates returning to the Moldovans. On December 2, 1917, the members of the National Council proclaimed the Moldavian Democratic Republic. At the beginning of 1918, at the request of a group of deputies from the Council, the Romanian army entered Bessarabia to put an end to anarchy and disorder. The same Council voted on January 24, 1918, the independence of the Moldavian Democratic Republic. At the meeting from March 27, 1918, it also voted for the Declaration of the conditional union of Bessarabia with Romania. On October 28, 1920, the representatives of Great Britain, France, Italy and Japan signed in Paris the Treaty on the Recognition of the Union of Bessarabia with Romania.During the war, Bukovina was partly occupied by the Russian army. On October 27, 1918, a meeting of representatives of the Bukovinian Romanians was held in Chernivtsi and proclaimed itself Constituent Assembly. On the same day, 50 members were elected in the Romanian National Council and an executive committee was created. On November 11, 1918, the Romanian army entered Chernivtsi, and in the following days took control of the entire territory of Bukovina. On November 12, 1918, the Bukovinian government was formed under the leadership of IancuFlondor as a president. On November 25, 50 new members were co-opted in the Romanian National Council, including 12 Bukovinian refugees. On November 28, 1918, the General Congress of Bukovina convened and decided the unconditional union of Bukovina with the Kingdom of Romania. After almost a year of negotiations at the Paris Peace Conference, Bukovina's union with Romania was officially recognized.