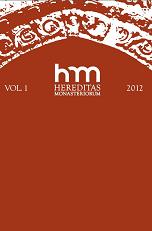 Summary/Abstract: The researches on the Dominican libraries are poorly advanced, although they already have some scientific descriptions. The least known is the history of the monastic libraries of brothers preachers on the eastern fringe of the First Polish Republic, which after the partitions were the part of the Russian Empire (in the Polish historiography known as “the taken lands”, and in Russian “the western lands”). The Dominican convents on those lands were under the jurisdiction of three provinces – Polish (part of the Volynian province), Russian (second part of the Volynian province, but also the whole Podolian and Kievan provinces), and Lithuanian (Vilnius, Minsk and Grodno provinces). The monasteries varied in size and thus their library collections had also different number of volumes. We did not have the knowledge on that matter so far, as there were no known inventories and catalogues providing such information. Therefore, it is important to discover them, and to determine on this base the sizes of the collections of each monastery. The query in the archives and libraries in Eastern Europe has brought very good results, as it turned out that there can be found many valuable sources on this subject. This paper focuses mainly on the two essential types of sources: inventories and library catalogues. A lot of inventories containing detailed lists of books with titles, places, dates of publication and formats were found. The structure of the inventories is basically unified: the volumes are grouped by fields, such as for instance: Bible, dogmatic theology, moral theology, history of the Church, general history (secular), apologetics, sometimes also banned books (libri prohibiti). The records of volumes contain also cannonical visitations, performed by the bishops or their delegates, which can also be considered as a kind of inventory; similarly to the intrinsic inventories, they are grouped by fields. Rarely, both in the inventories and visitations, there can be found groupings by formats; there are only few examples, this concerns only very small collections. This paper provides an overview on the state of research of Dominican libraries in the eastern borderlands of the First Polish Republic, and later on the western provinces of the Russian Empire. Although those surveys are still week, they can be found not only in Poland, but also in the neighbouring eastern countries. Afterwards, basing on the collected source material, the situation of the monastic libraries during the annexation period is briefly outlined. Finally, the status and locations of stored inventories and other types of collections (and therefore the visitations) are presented. At the end of this work is placed a list of the sources with the year of origin, the current storage in archives or libraries, and the signature. This list does not include, however, the Russian archives and libraries. That requires another queries. The essay is limited only to Polish, Ukrainian,Belarusian[..