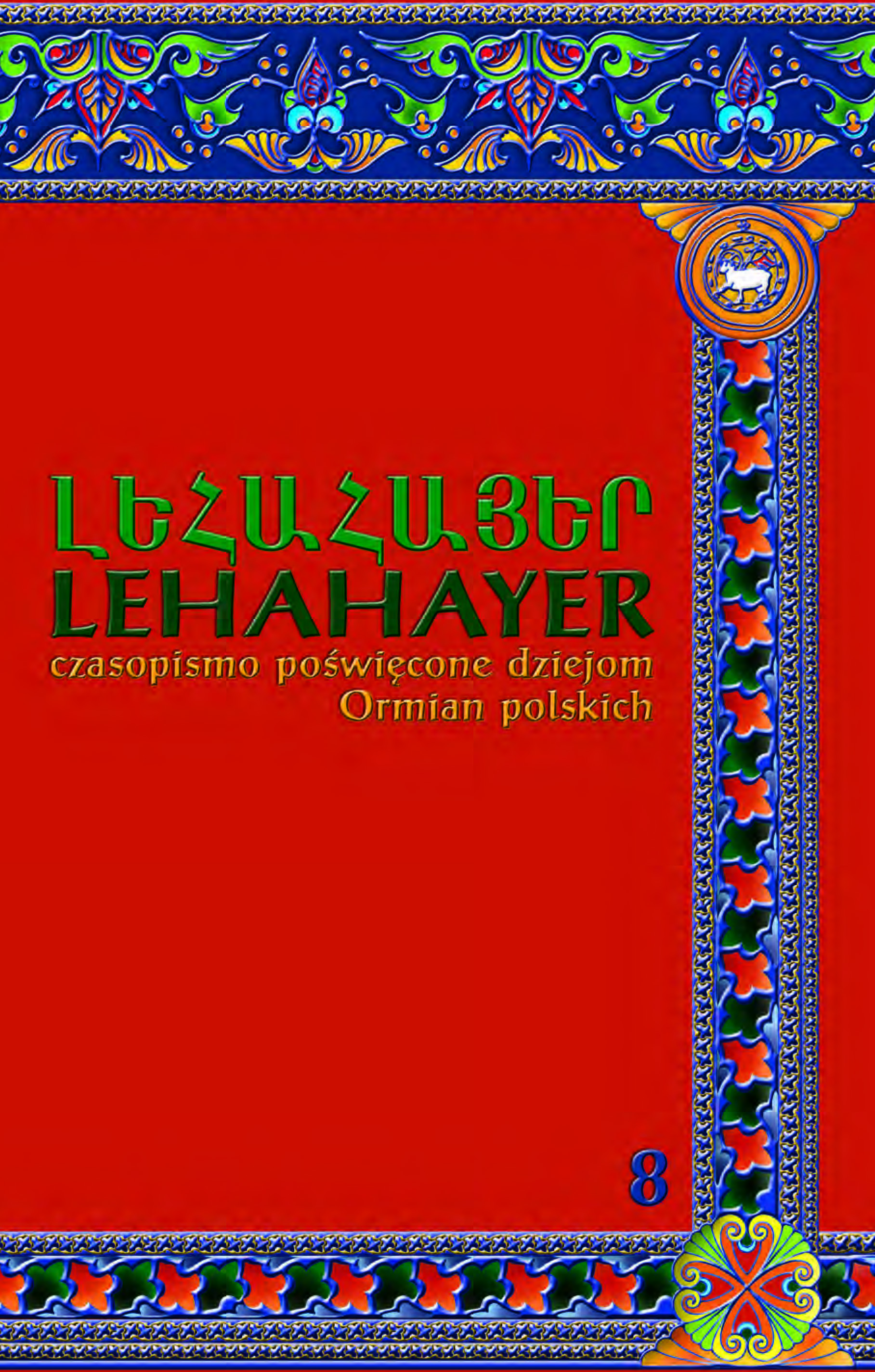 Summary/Abstract: In the correspondence of the Father Sadok Barącz OP, the historian of Polish Armenians, kept in the Library of the National Ossoliński Institute in Wrocław, there is a letter from the Armenian Archbishop Gabriel Aivazovsky, the brother of the painter Ivan. Robert Bogdanowicz, an Armenian landowner from Galicia, was the agent in contacts of these scholars. The letter relates to the family tradition of Aivazovskys concerning their origin from the community of Polish Armenians from the town of Stanisławów. Although the letter was already used in source literature, it has never been completely analysed. The article presents a letter edition in the original French language and translation into the Polish language, as well as an attempt of the letter data verification based on certificates of Armenian and Catholic parishes in Galicia against the biography of the author of the letter.