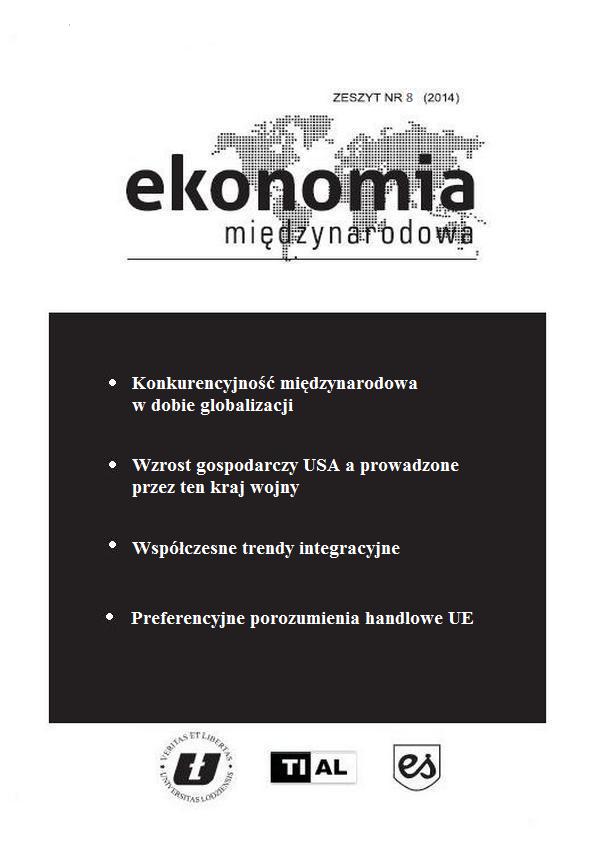 Summary/Abstract: Changes which have taken place in recent years in the foreign trade policy of the European Union are quite important and in particular include its attitude towards preferential trade agreements (PTAs). Although the EU’s trade policy history shows that PTAs have been used in the past, only in recent years has their importance increased. The Union is now linked to about 50 different trade liberalizing agreements. With the change of motives for undertaking bilateral negotiations, the spatial extent has also changed. Preferential trade agreements have become one of the primary means of creating the modern foreign trade policy of the European Union.