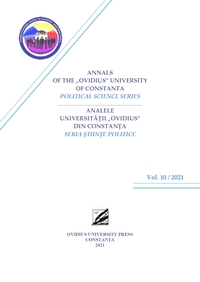 Summary/Abstract: Nicolae Iorga (1871-1940) was Romania’s best-known historian and public intellectual between the two world wars, both at home and abroad. He is seen as the father of Romanian nationalism, as well as the main provider of historical continuity and legitimacy for the new Greater Romania of 1918. The aim of this paper is to argue that Iorga’s nationalism has been a political story from the very beginning. It was a politically motivated commitment toward reshaping society, through culture. This political reading contradicts the standard narrative that interprets Iorga as a cultural nationalist who only helped raise national consciousness in the wake and during the First World War. Instead, in the first part of this text, my reading of his political career depicts an intellectual who sought not only to cultivate the nation, but to advance his own political platform (based on the rejection of modernity, antisemitism, and irredentism) and to contribute to the establishment of a single strong territorial state reuniting all Romanians around the Old Kingdom. In the second part of the paper, I move from a short survey of the politics of memory by the main political regimes following Iorga’s assassination, namely the military dictatorship of Ion Antonescu and the communist regime, to a discussion of some strategies used in the post-1989 era to condone or obfuscate some beliefs and actions of Iorga by interpreting his nationalism as a cultural one.