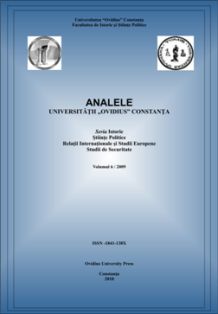 PERSPECTIVE ASUPRA DEZBATERII „MOŞTENIRII CREŞTINE” A EUROPEI ÎN PREAMBULUL TRATATULUI CONSTITUŢIONAL (FEB. 2002 – DEC. 2004)
Perspectives on the Debates Regarding the "Christian Ancestry" of Europe in the Preamble of the Constitutional Treaty

Summary/Abstract: The last decade has seen the European Union facing two major challenges: the eastward expansion and the idea of drafting a European Constitution. Both have raised – among other issues – the question of a European identity and the role of Christianity in that identity. Besides theoretical debates, the topic around mentioning the ’Christian roots’ or the ’Christian heritage’ of Europe in the new projected document has materialised in a real political ’fight’ among member states, spliting them into two opposing groups according to their position in favour or against the disputed reference. The process that we are focusing on is the drafting of the Preamble of The Treaty establishing a Constitution for Europe. The text is highly and long negociated starting from 2002, when the works of the Conference on the future of Europe began, and remains until now an open subject, due to the failure of both the Constitutional Treaty in 2005 and the Lisbon Treaty in June 2008. This paper tries to make an inventory of the key actors involved in the debate (governments, parliaments, national Churches, non-profit organisations, scholars etc.) and the different reactions, declarations and initiatives of member states, candidate countries or private institutions from all over the EU regarding the introduction of a refernce to Christianity in the constitutional text, through . Our approach recreates in a chronological order the most important stances around the Christian clause, ending with the signing of the Treaty establishing a Constitution for Europe, in late October 2004.